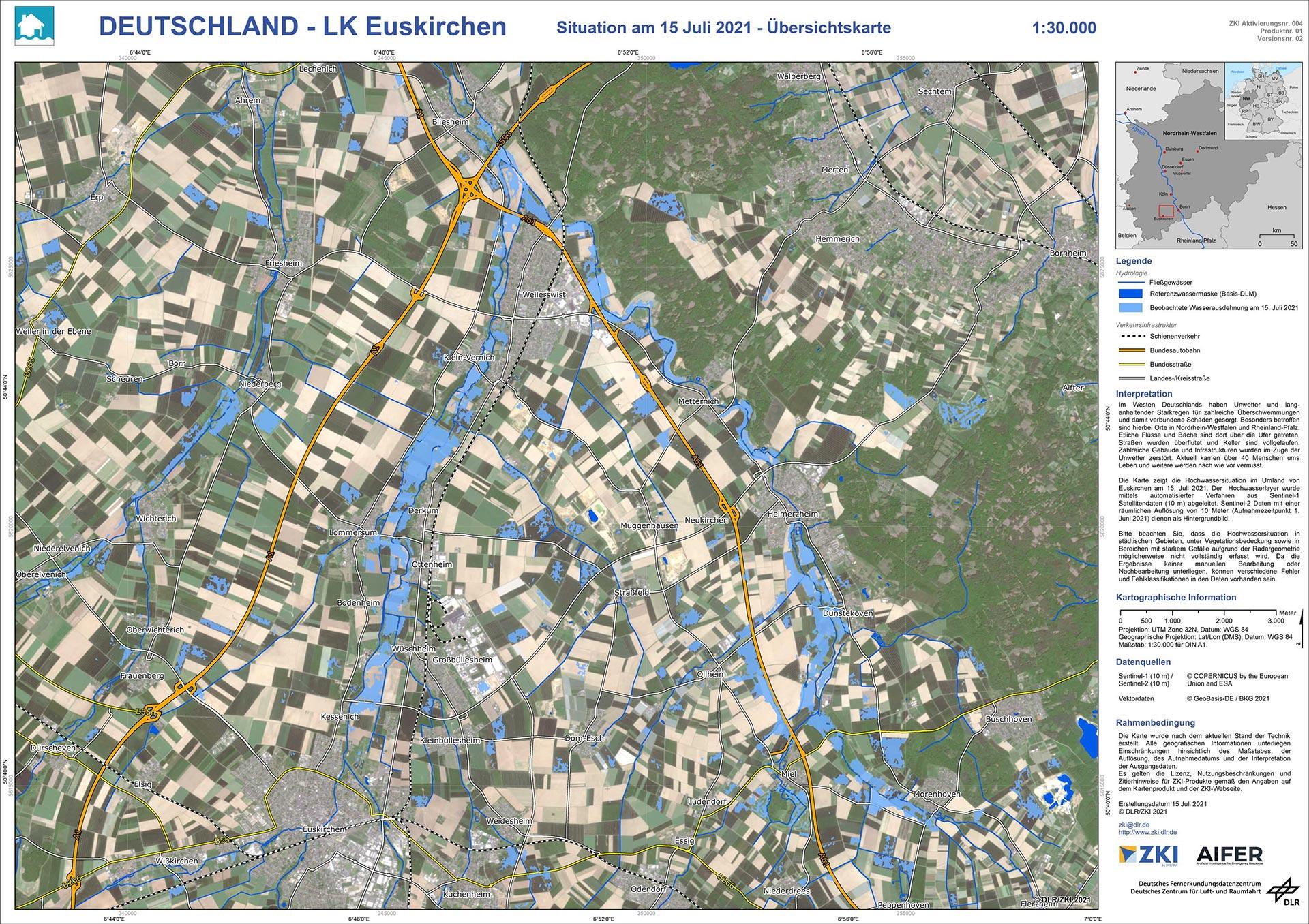 The events of the last few days have tragically demonstrated the importance of satellite communication in Germany, but also throughout Europe. Not only do early warning systems rely on information from earth observation satellites, communication and, above all, coordination of rescue teams could hardly be managed without support from low earth orbits. Especially since the severe disaster caused terrestrial systems to reach their limits early on or were also affected by the destruction.

The satellite system that is able to provide such information and images in near real-time, is part of the Copernicus program of the European Union and ESA. Here, among other things, the two twin satellite pairs Sentinel-1A and -1B as well as Sentinel-2A and -2B fly in low-earth orbits in order to create high-resolution images. With laser communication terminals (LCT) from TESAT, this data is sent to geostationary satellites of the European Data Relay Satellite System (EDRS) in order to make the information usable on earth within a very short time frame.

The use of the TESAT LCTs in the context of the EDRS provides the decisive advantage, as the satellite images are available in barely more than 15 minutes for planning time-critical support. Images and information that – without the help of the optical payloads – would either take hours to download or would otherwise only be available in lower resolution. 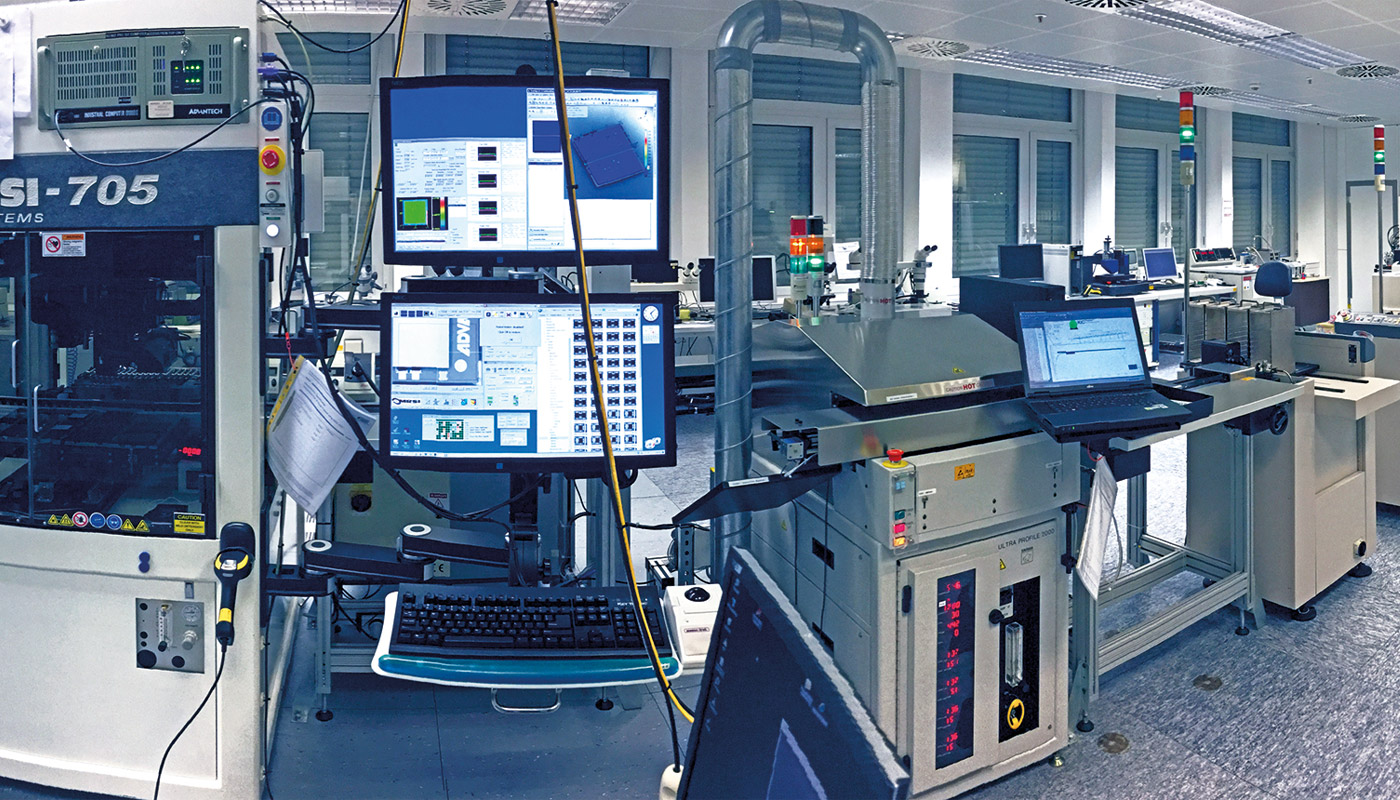 By beginning of May 2021, the quantity counter of the „Automated Microwave Factory“ exceeded a volume of 100,000 complex microwave hybrids. The precise quantity of 102,077 pcs splits in 83,321 LTCC multilayer hybrids and 18,756 MHICs (Microwave Hybrid Integrated Circuits). Roughly 50 million adhesive dots have been dispensed and more than 26 million gold wires have been applied. 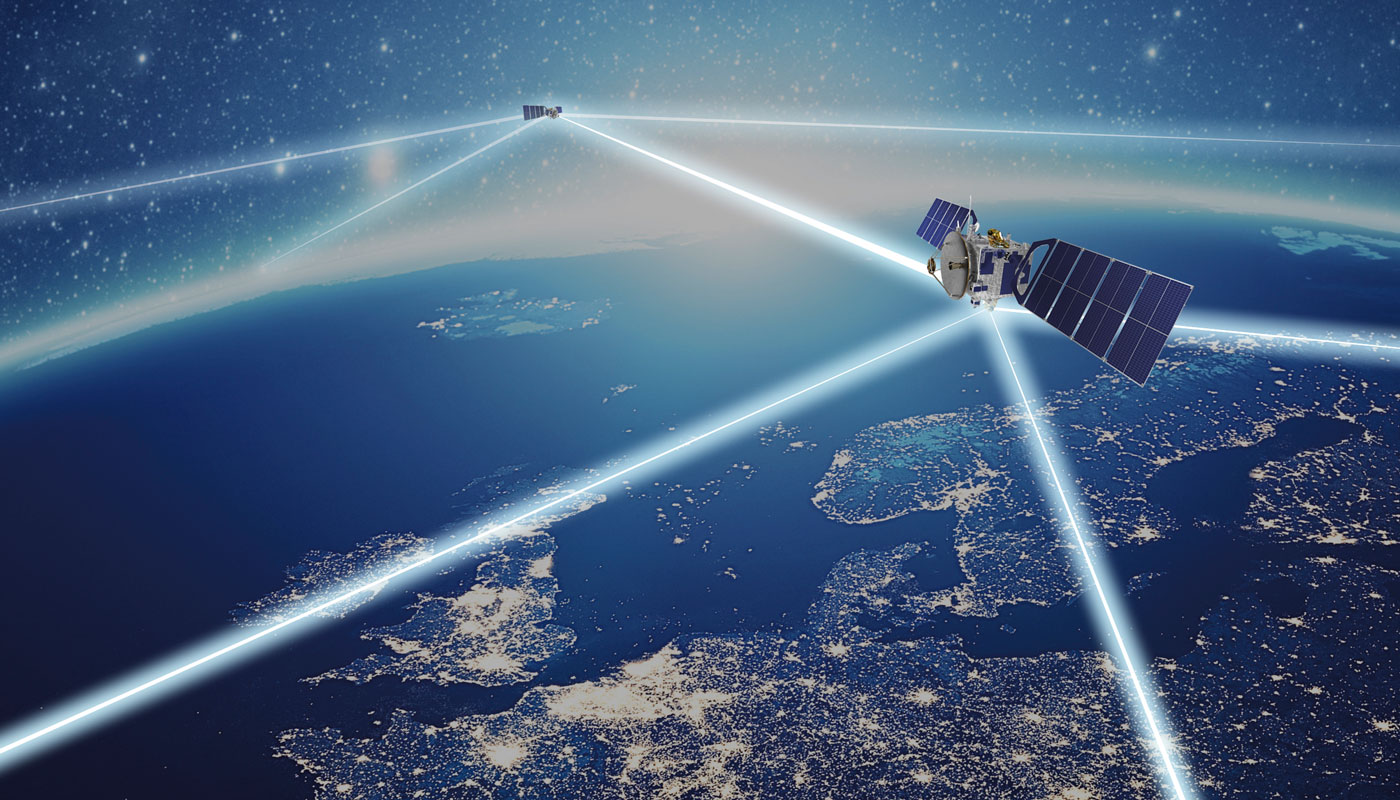 When space industry so far was defined by huge individual satellites planned for a long lifetime, NewSpace and new approaches by new global market players have changed the view and the whole industry sustainably. Satellites are becoming smaller, lighter and exchangeable to serve a greater purpose in large satellite constellations. Thus, satellite constellations can deal with problems and deliver solutions for which prior no convenient key was acquirable, such as e.g. high-speed internet in even rural areas. Here, satellite communication and especially satellite constellations have a large advantage before terrestrial solutions that whether have to deal with long awarding processes followed by even longer construction phases or business models that don’t pay off at the end. Satellite constellations consisting of hundreds of satellites covering the globe can here play off their upper hand as, once in orbit, the needed services can be made accessible from all over the world in virtually no time. 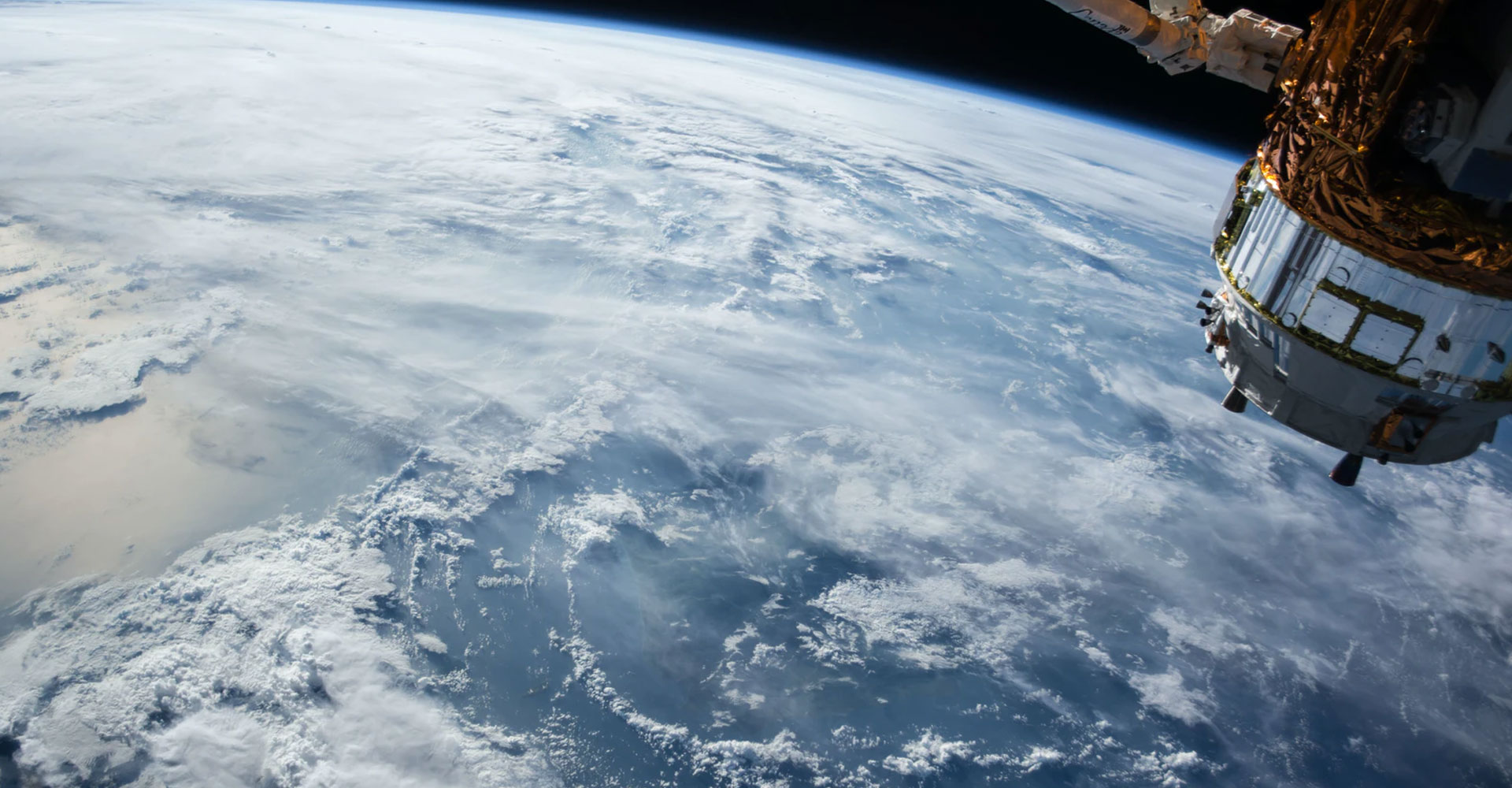 Even before satellite television, most people clearly are more familiar with the application of satellites in the field of navigation. For decades, satellites have been providing more and more precise position data in various different global navigation satellite systems such as GPS, GLONASS, Galileo or Beidou. More than just allowing people to navigate through unknown territories, those systems essentially enable globalization in its core, with all its global value-, goods-, and data streams. 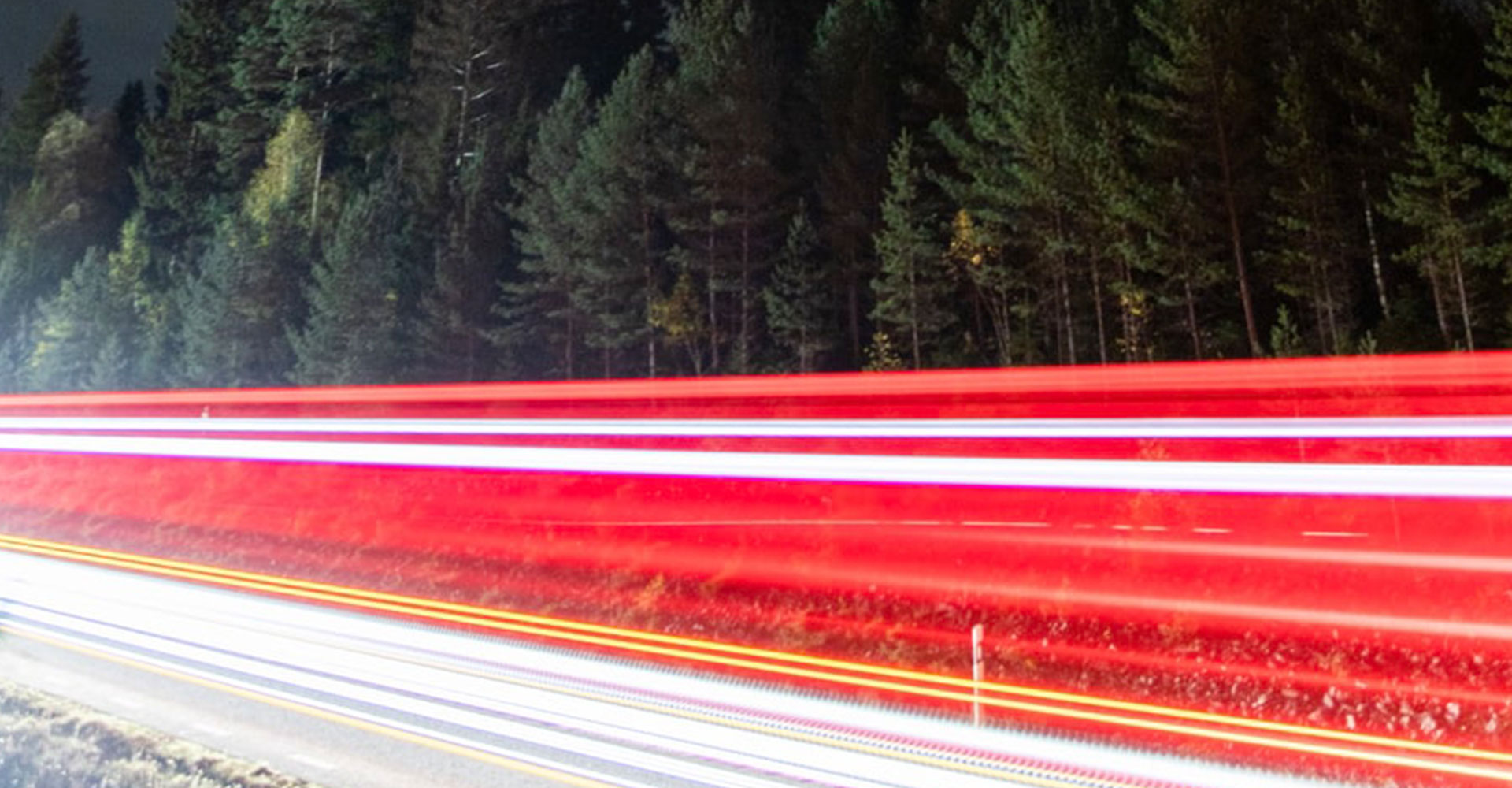 Transferring data at the speed of light

If you ping a server in Sydney from southern Germany, on bad days you have enough time for about four blueberry pies – scientifically determined with the help of a chronograph and the editor’s ability to pronounce the word “blueberry pie” as quickly as possible. Based on the assumption that the ping travels in a fiber optic cable during its entire route between Munich and Sydney, it reaches – purely mathematically – a speed of approx. 11,600 m/s (distance 35,000 kilometers divided by 3 seconds). In this admittedly rather simple calculation, which by far does not include all aspects of terrestrial data transmission, nonetheless one thing is becoming clear: Cable-based data transmission is limited, in some places still unrivalled, but fundamentally limited. 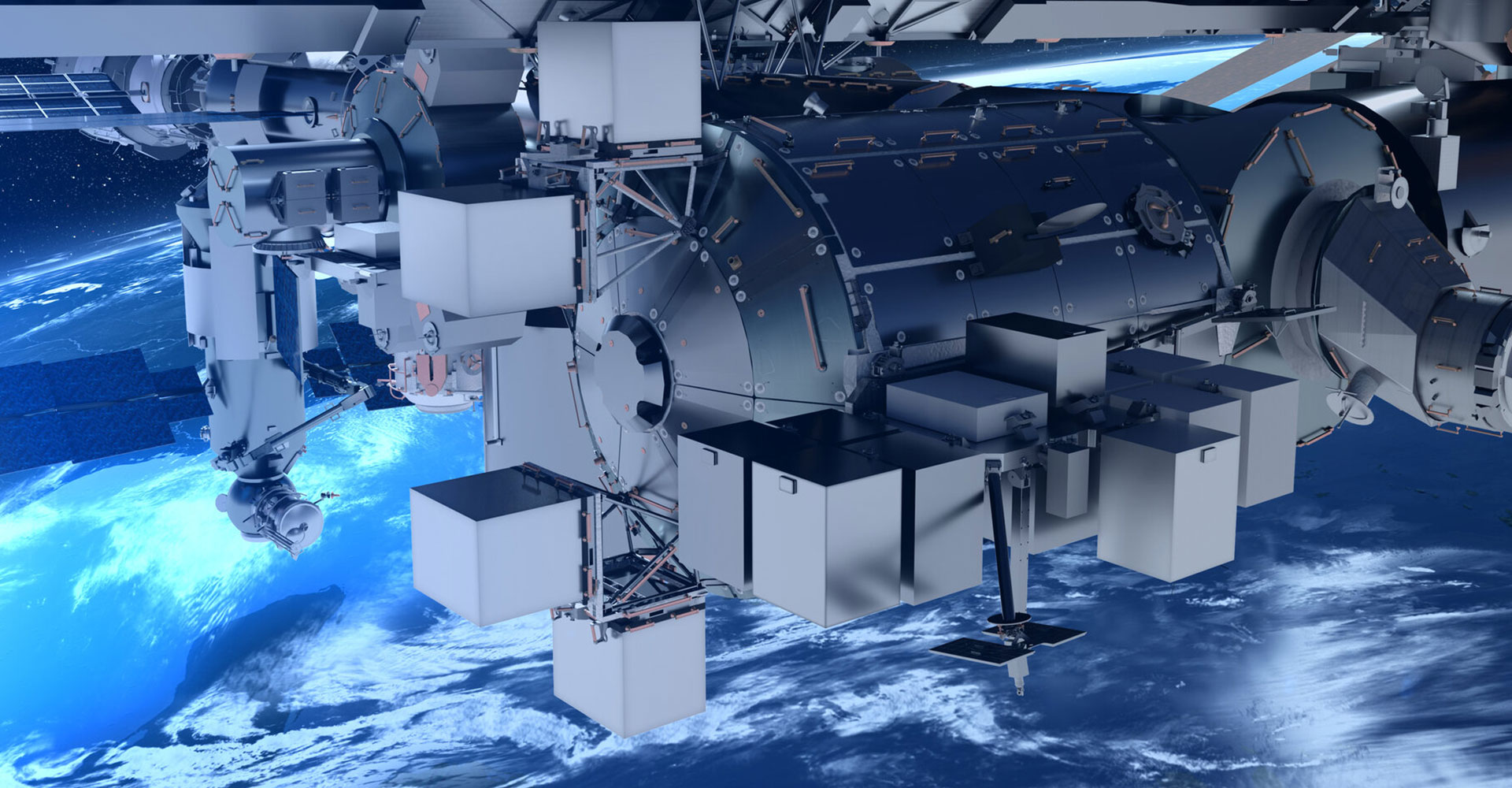 924 megabits per second. That is how fast you can transfer data with your personal computer in the tranquil small town of Carver, Massachusetts, with a population of just under 12,000. Carver is thereby at the very top of the top 100 list (source) regarding available internet bandwidth for private households in the US. Each of these 100 cities currently has a higher average bandwidth than the International Space Station, which – what has to be mentioned – has had its internet connection become updated in August 2019. Since humanity’s stronghold in space was by then connected to Earth’s surface with 10 Megabit per second, since the end of 2019 now 600 Mbit/s can be achieved. That corresponds roughly to the speed that is still the order of the day in the more rural regions of Germany, but that is an issue for another day. 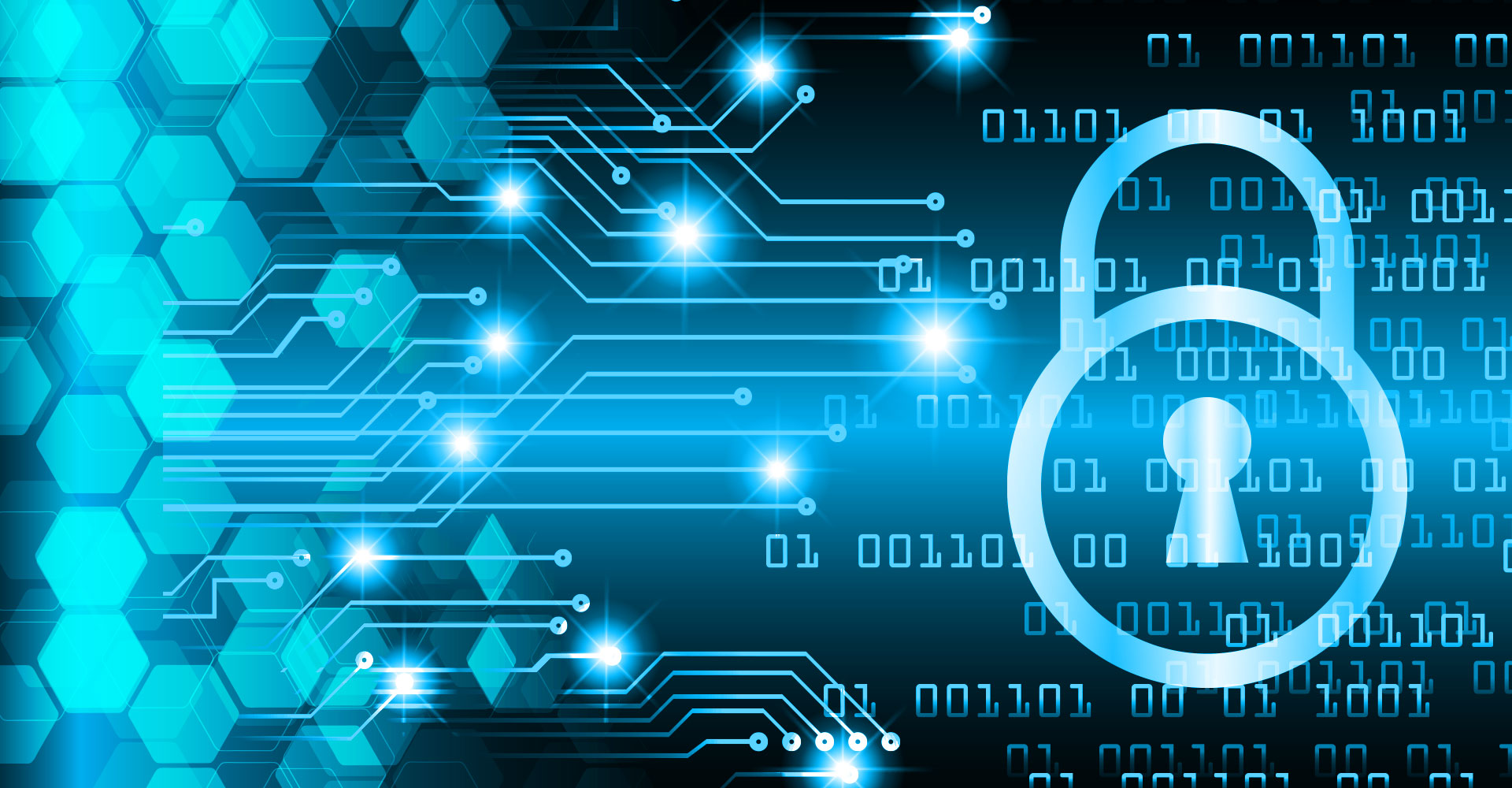 How laser communication shapes the future of data security

Just a few years ago, “information security” was a topic best known from dystopian Hollywood thrillers, in which dark-dressed hackers in even darker basements could gain access to almost any network in just a few simple steps. At that time, the gap between fiction and reality was still dramatically big, but today, in the middle of the fifth industrial revolution, it became nearly a daily routine. But despite any’s better judgement and knowing, the current top passwords still are "12345678", "password", "111111" and "Abc123". 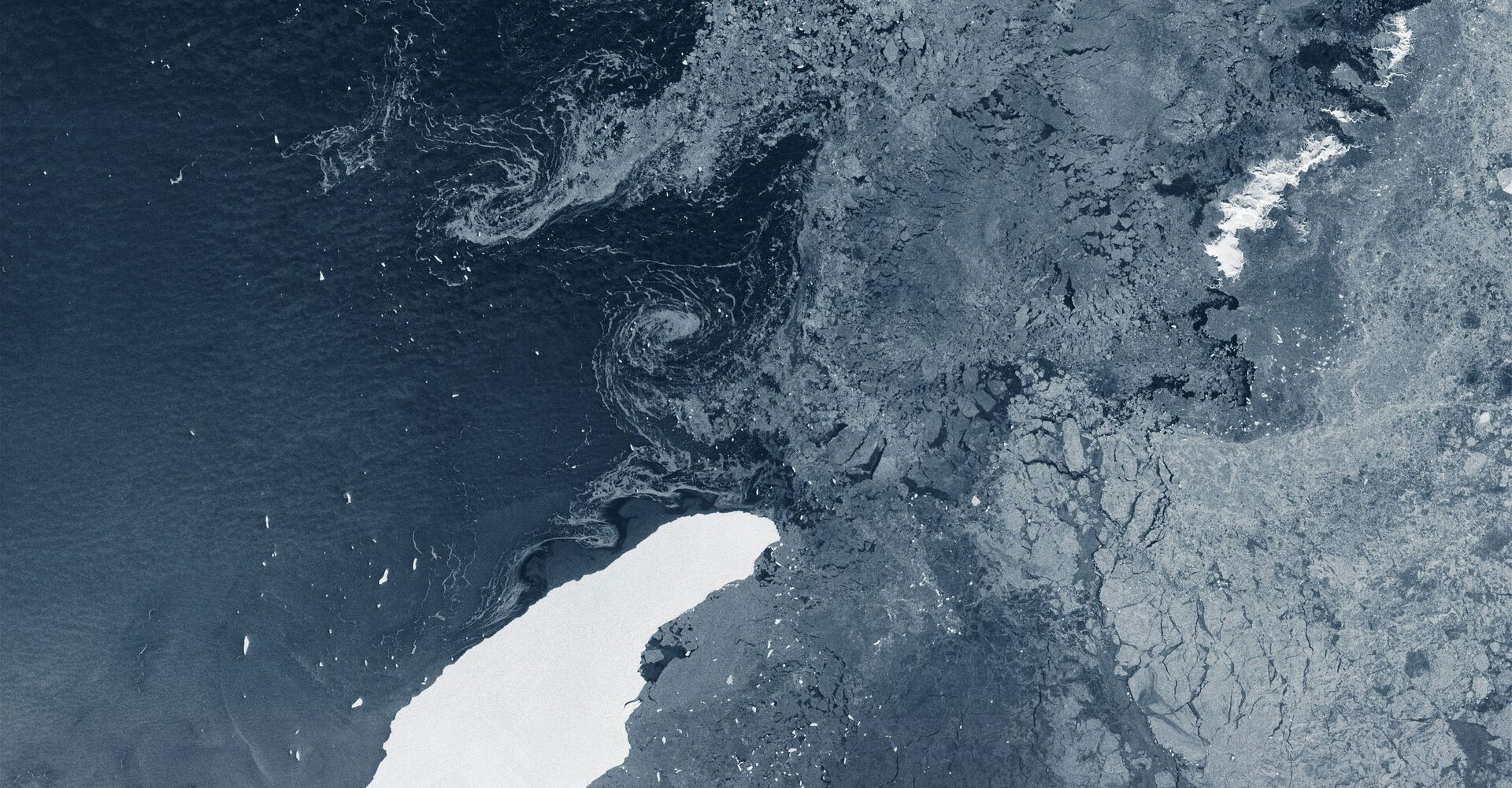 Laser communication in the battle for climate protection

For more than 20 years, the European Sentinels of the Copernicus program have been watching over our planet. The core tasks thereby are in the area of ​​high-quality Earth observation data in order to better understand our planet and the effects of climate change and above to contribute to civil security. In addition, one of the vital advantages of the Copernicus program is that all data collected, whether from orbit, on ground, on water or in the air, is freely accessible and free of charge for everyone. 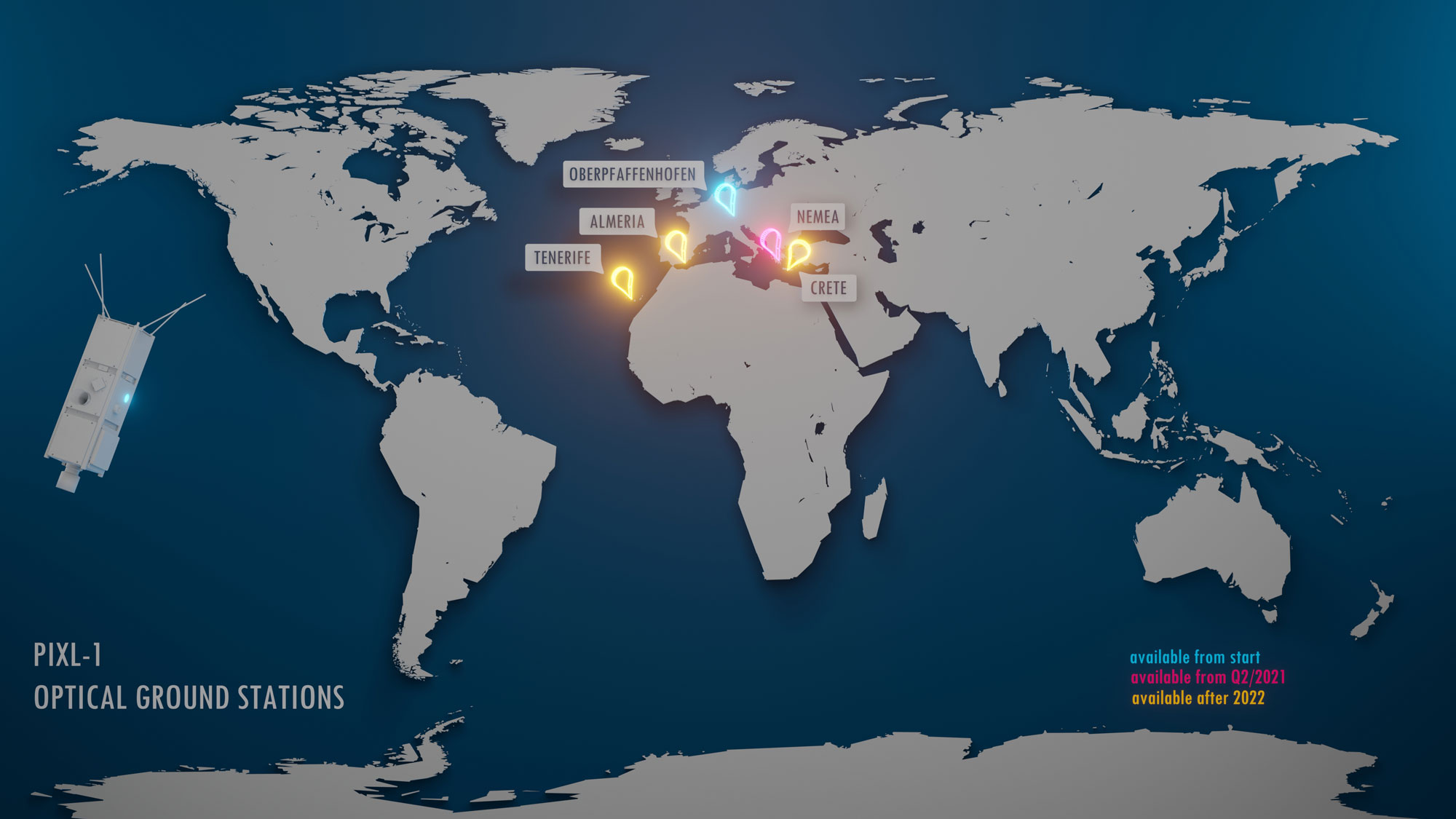 Meanwhile, PIXL-1 has seen the light of day and has safely arrived at its designated position in a low Earth orbit. No later than now the question should arise where to send all the data and high resolution images PIXL-1 takes from our precious world. Luckily, this question is answered pretty easily: To a growing network of optical ground stations. 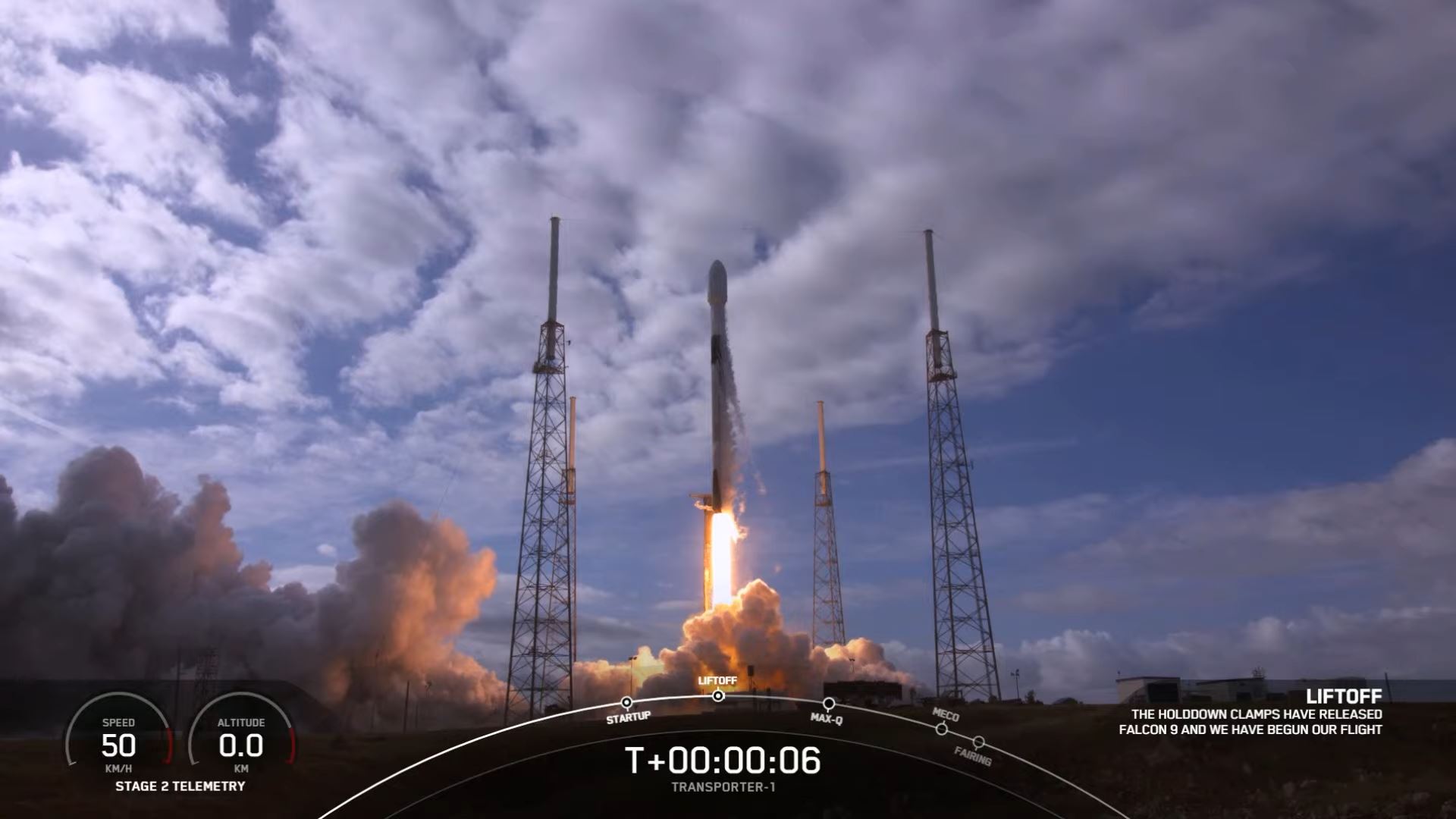 Our PIXL-1 small satellite was successfully launched into orbit on January 24, 2021 at 16:00 CET. The launch took place from the US spaceport at Cape Canaveral with a Falcon 9 launcher from SpaceX.