The first award of the proclaimed by Airbus Defence & Space "Awards for Excellence" was a great success: from 23 March to 30 April 2015 288 projects were submitted, including five applications from Tesat. Three of them have taken the first hurdles in the selection process successfully!

First, the application documents have been, then they were followed by a presentation at the site in Ottobrunn. At the end of June each project team had to answer questions from a jury of professionals.

The news that the Tesat projects “HV splice box”, “TIM” and “EDRS” are among the 55 applications that have come in the next round came in July. This alone is a great achievement for the project team and for Tesat.

To appreciate also the individual success of the project team, the Airbus organizers had invited the German participants to Ottobrunn on September 22, 2015. The ceremony was moderated by Alexander Lepa, Head of Culture & Change, and was also accompanied by Pilar Albiac-Murillo, Executive Vice President Operations, and Dr. Lars Immisch, Executive Vice President Human Resources. The teams then had the opportunity to present and explain their projects to the guests 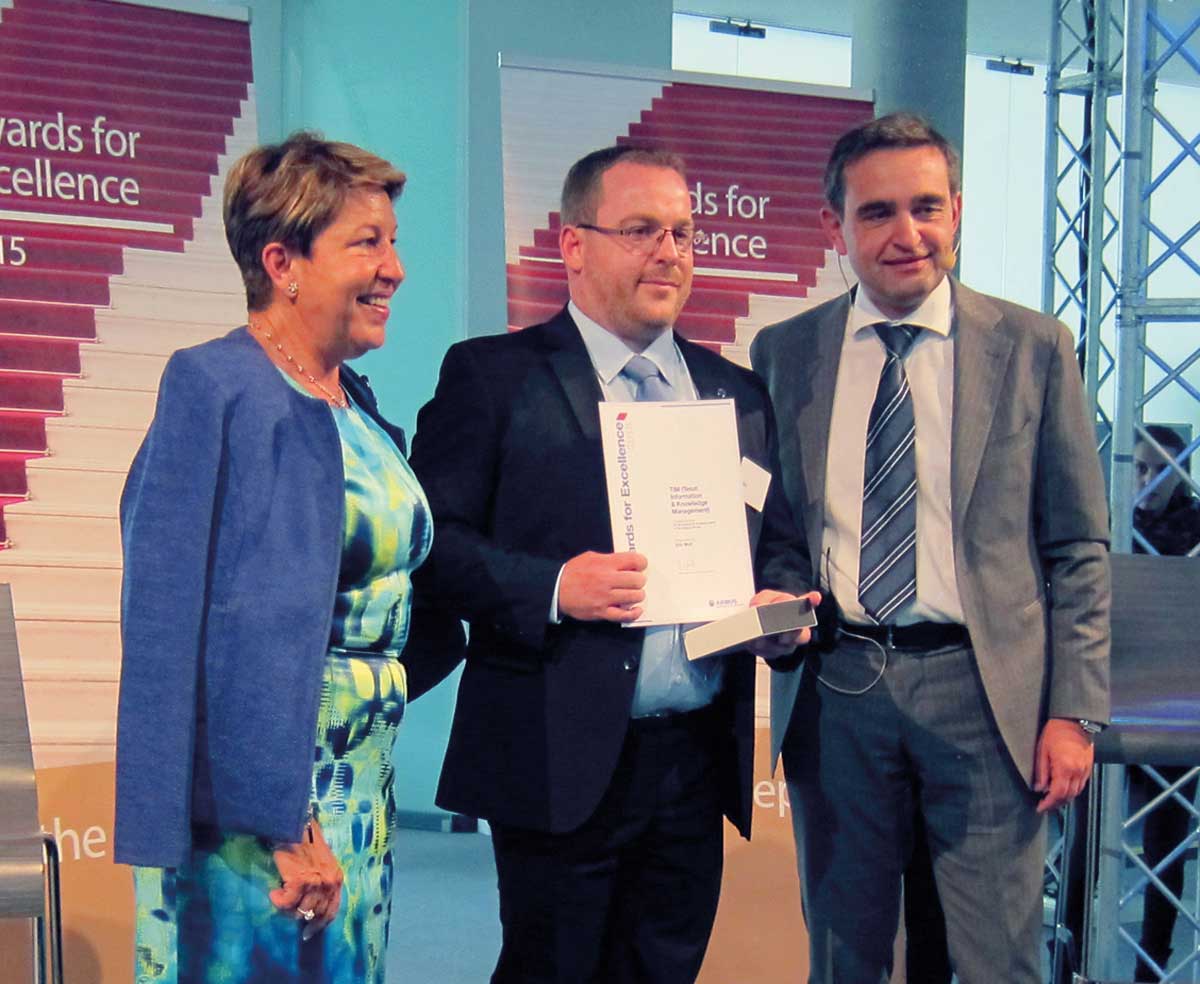 In the final step, the jury decides which projects among the remaining 55 applications will received on of the 18 Airbus Awards for Excellence. The announcement of the results is expected in October, 2015.

The “Awards for Excellence” awards teams and individual employees not only for extraordinary achievements, but also of how they have achieved this. The nominated projects will be assessed according to their success in the following areas: change process and business priorities (at the group and division-level), teamwork and functional / cross-divisional collaboration, sustainability and transferability. The projects must have already been implemented, demonstrated a significant impact on the business, have yielded measurable value and associated with excellent teamwork.