In this conflict region around Congo in the last 20 years more than 5,4 million people died as a result of the civil war. This is the deadliest conflict since the Second World War. Thereby the Congolese army and more than 40 different rebellious groups lead fierce battles for the raw materials in the Congolese ground, because with the profit of the raw material sale weapons, ammunition and soldiers can be paid. The victims of these fights are the local people, who are forced to work and be exploited. Sometimes it comes to violence and sexual offenses against women. An approach to improving this situation is to take the rebels their money source away, by ensuring that they are not longer able to sell the raw materials.

In the year 2010 Barack Obama signed the Dodd-Franc Act, in which the section 1502 “conflict minerals” anchors this approach in a specific law. It says that US companies, which are listed on the US stock market, have to submit an annual report to the Securities and Exchange Commission, in which they state whether they use conflict minerals in their products or not. Conflict minerals are defined as gold, tin, tungsten and tantalum. If one of these materials is in the finalc product, the country of origin has to be proven additionally. 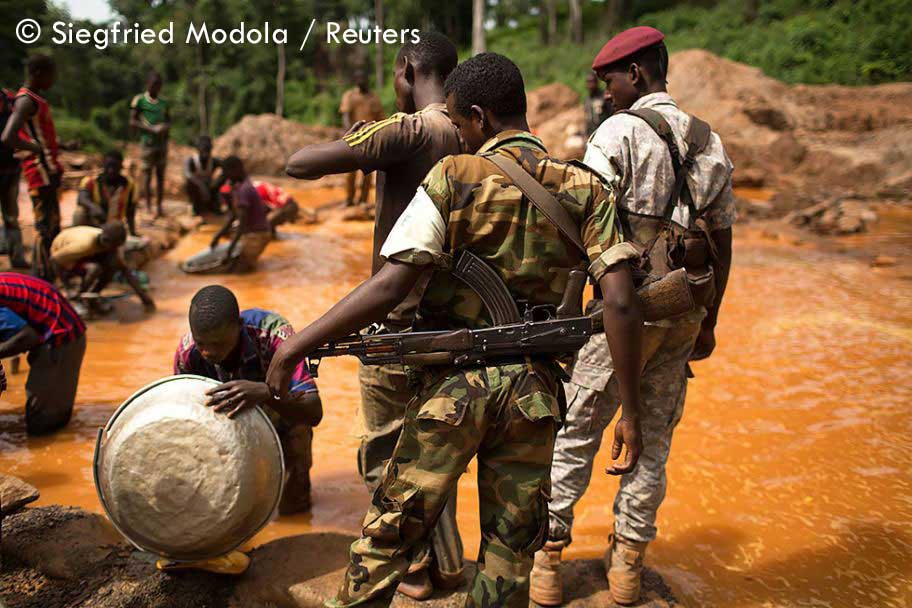 With the publication of these reports the companies that don’t control the origin of their raw materials shall be pilloried. The corporate social responsibility of a company nowadays is becoming increasingly important so the companies pass on the public pressure to their suppliers. World wide more than 270,000 suppliers are affected, which on their turn don’t want to lose US companies as their customers. This legislation has caused between three and four billion US-Dollar on costs for compliance, from which about one third the suppliers have to bear out of obligingness to stay competitive.

In Europe there is no legal restriction of conflict minerals at the moment, but requirements of US customers to avoid them are transferred to Tesat-Spacecom. Because of this in October 2015 a new office was created, the “Conflict Minerals Expert” in the area Supply Chain Management. The conflict minerals expert is the first contact for customer inquiries to this topic. Also he elaborates a strategy how the requirements in context of the supply chain can be transferred to the suppliers of Tesat-Spacecom.

For some time the EU works on a legal commitment to control the origin of conflict minerals, too. A result is expected for this year. That will affect about 880,000 companies in the EU. All the better that Tesat-Spacecom is already on the way to fulfill these requirements.