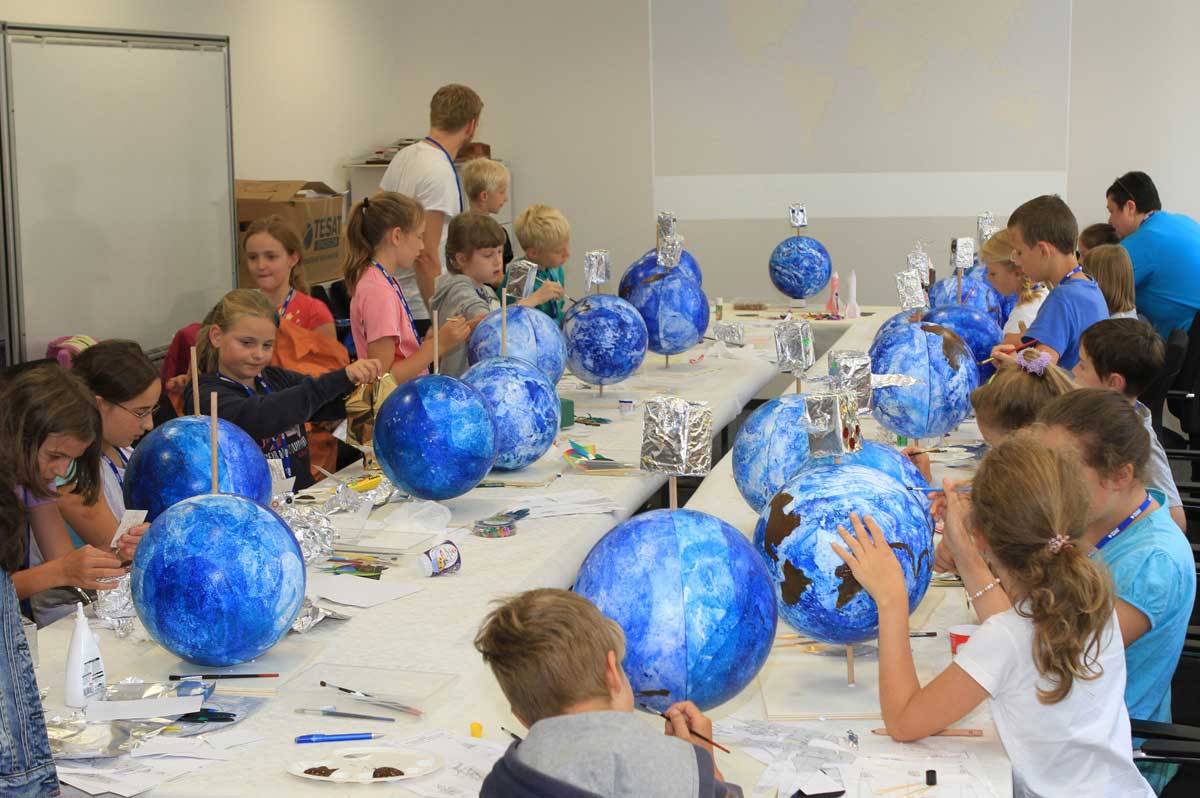 This year total of 86 children aged between six and fourteen years took part in the summer holiday program at Tesat. In July and August four craft mornings were organized, which were under the motto "satellites". The program was open to both children of Tesat employees and children who had applied through the holiday program of the city of Backnang.

Bianca Hallwachs and five volunteers from the staff took care of the two groups with the younger children. The 6-to 8-year-old built and designed their own solar system from styrofoam balls of different sizes. The topic for the 9- to 11-year-old was "earth satellite": Here a globe was crafted and designed around which a satellite revolves. 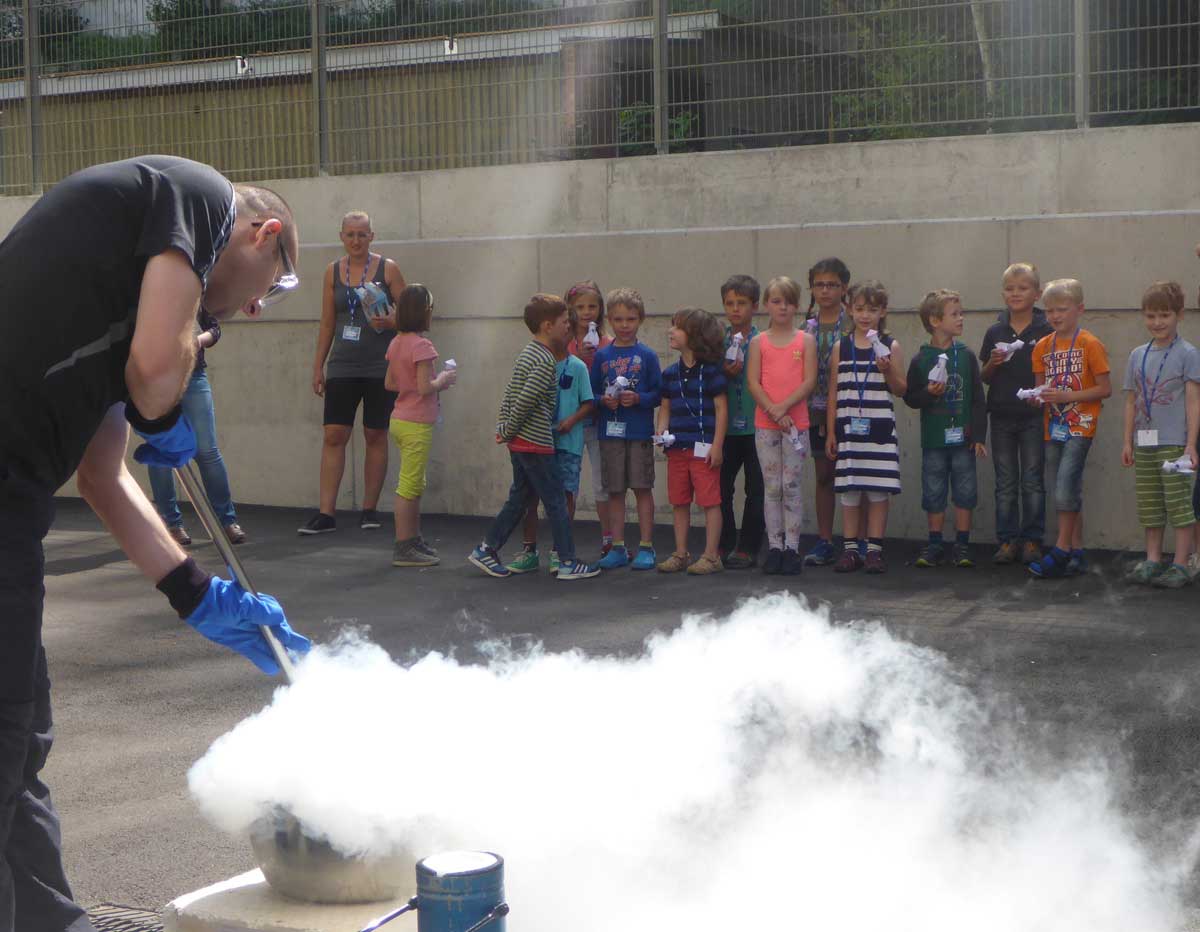 In addition, these two groups were able to customize scratch pictures with satellite designs and crafting a rocket made of paper and an empty film canister, which was then launched for the enthusiasm of the children with an effervescent drive. It was then demonstrated how to "boil" chocolate chips, cream and milk with the addition of liquid nitrogen. Especially for the younger participants, this was the highlight of the program, but also the caregivers were very pleased with the welcome refreshment. Then a small info-round on "satellite communications and rockets" with a Q & A session, a demonstration model and a short film took place.

The "big ones", that is the group of 12- to 14-year-olds, were supervised by the training department to built a microsatellite with proper function. Each child received a kit of many tiny components and a placement plan existed.

First, the trainees introduced the children in soldering, then the board was assembled according to the plan. These were then subjected to the microscope to a visual inspection and a first electrical test. If this was found to be correct, the case was soldered together, the solar panels and the board were installed, the connection cables of the solar panels were connected to the board and the light emitting diode (LED) were used. If the solar panels are illuminated, the LED will flash now even periodically!

After successful construction environmental tests have been carried out on the satellite. The satellites were mounted on a small "shaker" to simulate a rocket launch. Likewise, they were tested in vacuum and placed in a glass vacuum chamber therefore. After successful tests in "space conditions" the satellites could be taken home. At home, children can make themselves more solar experiments, because connection points are already provided.