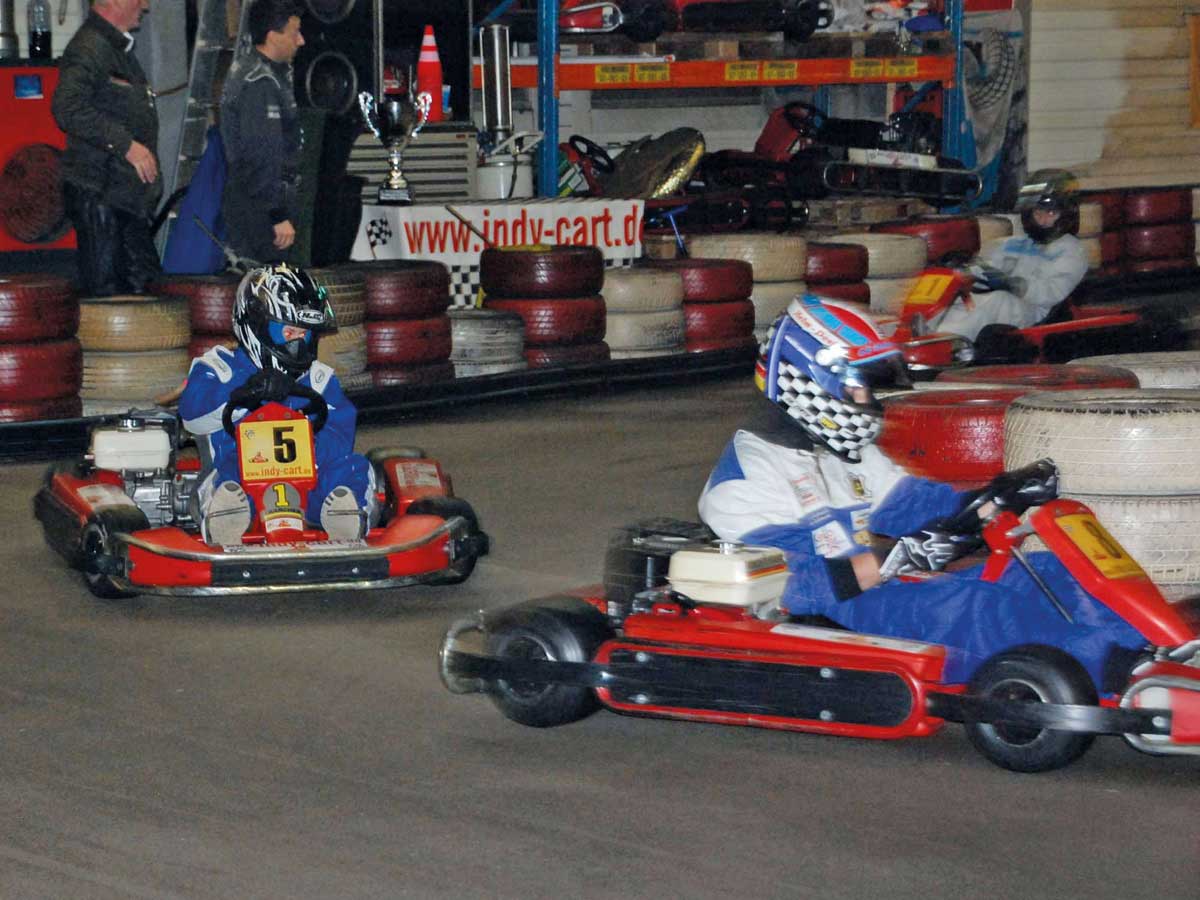 On Saturday 10 October 2015, there was again pure motorsport on the indoor track of the Indy Cart GmbH at the 18th city tournaments of Backnang. During the event, nine teams came together to crown the best team of company and club teams. The winner of the ever-popular and coveted trophy was presented, which lies dormant in the custody of the MSC Backnang now for several years.

As hot favorite the team of Tesat was traded that was freshly risen into the professional class. Not only because of a professional appearance in kart racing jumpsuits with generous support from our HR department and the company Kreafaktur GmbH.

Our Spaceracer were very well prepared this year. Through our poster campaign we could win Patrick Kappis at the last minute for our team. As it turned out in retrospect, he is not an unknown quantity in the professional kart series.

All in all remains to say that we are delighted with the achieved 2nd place and will attack again next year to bring home the cup. What potential lies in our team is evidenced by the development over the past years. About three years ago we were still on the ungrateful 4th place and are always one step higher on the podium over time.

A very special thanks goes to those who have supported our team at the track, but also in preparation.