Opening of the Technology Forum 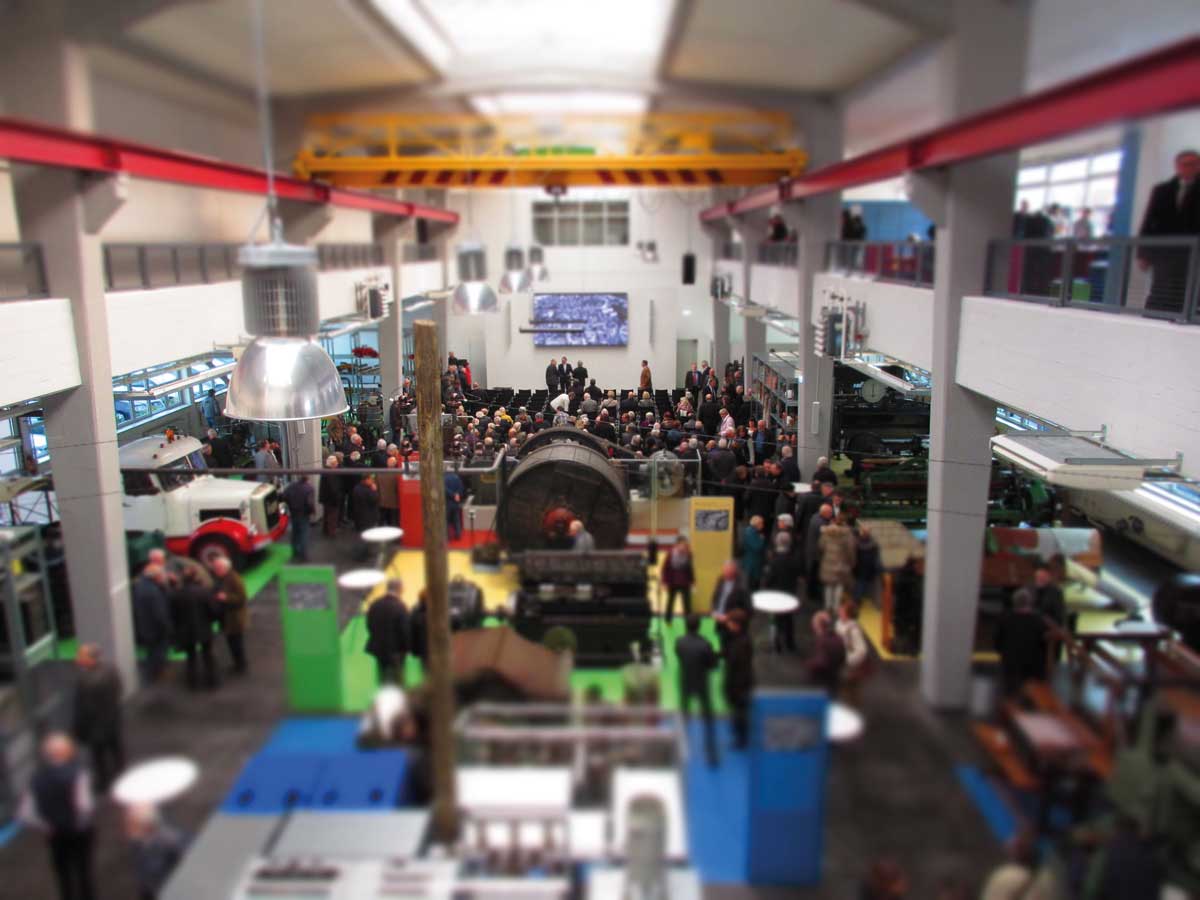 On 05 December 2015, there had come: After years of effort and many obstacles that had to be overcome, the Technology Forum was opened with a small ceremony. On more than 1,000 m2 industrial history of Backnang is presented with ist four main industries: tannery, mill, automotive and telecommunications.

The Forum building itself, the former Kälble production hall, is also a exhibition component as it is the biggest industry history exhibit. Under the motto "Backnang communicative" the story of AEG is shown that moved 1946 into the Gerberstrasse in the former leather factory houses to repair refrigerators. That same year, the Department of Telecommunications followed. As many know, the ownership changed several times: AEG Telefunken, AEG Nachrichtentechnik, ANT GmbH, Bosch, Marconi, etc. Only the aerospace division remained in Backnang - today Tesat-Spacecom. "The world market leader in the field of telecommunications payloads for satellites with more than 1,200 employees is the largest employer in Backnang," so the BKZ.

The Forum has a conference area and an engineering workshop for children and also houses the city archives of Backnang. The Technology Forum on Wilhelmstrasse 32 is opened on Sundays from 14h to 17h and on request (07191/894 452).