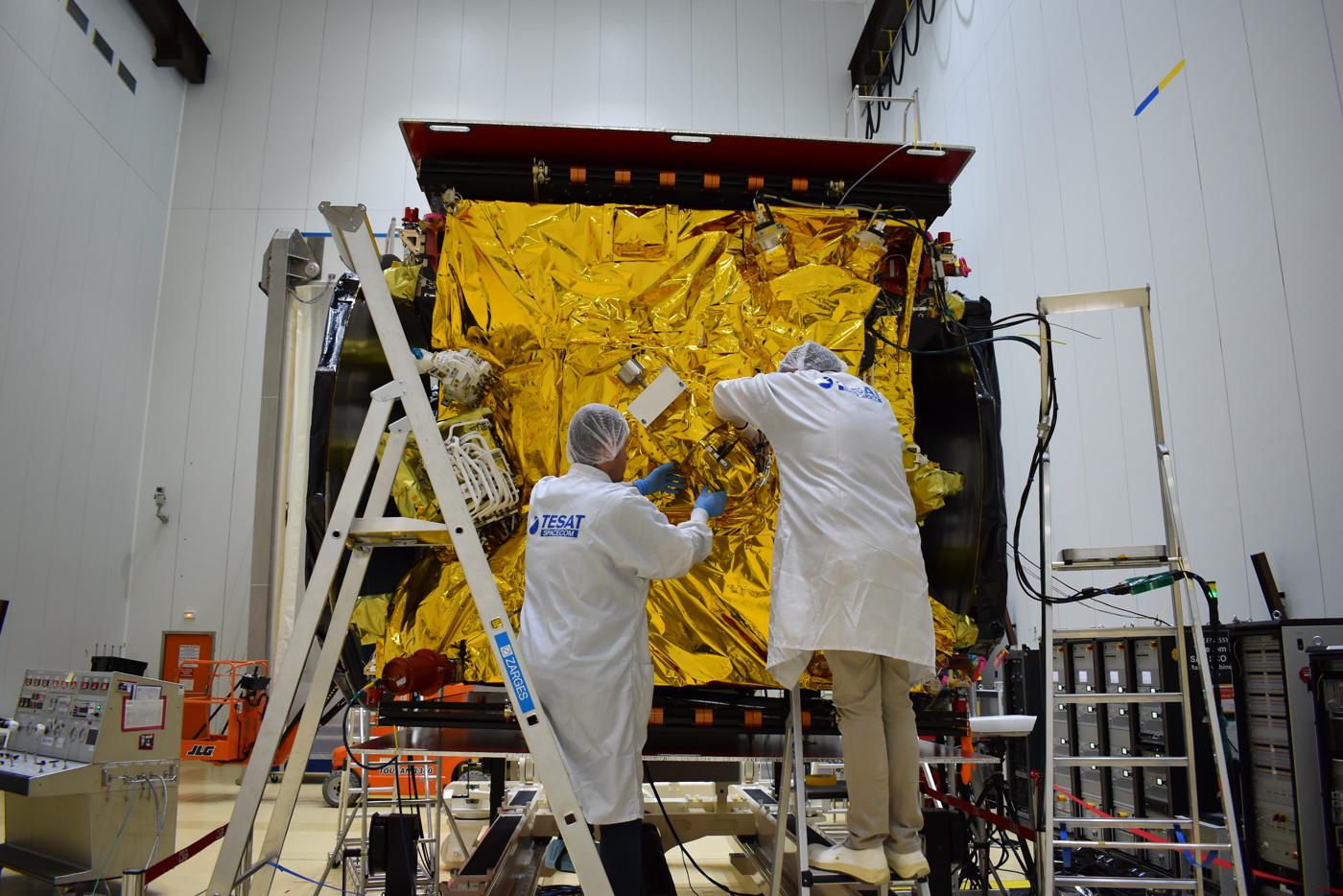 In particular, in the case of Earth observation missions and for worldwide rescue operations, in which time-critical information has to be transmitted in the shortest possible time, users will benefit from the second relay node of the European Data Relay Satellite System (EDRS). With data rates of up to 1.8 gigabits per second, satellite imagery can be transferred in near real-time – and that already today, solely with EDRS-A, over 1,000 times per month. At the same time, geostationary position of the satellite enables a quasi-constant connection between observation satellites in a low-Earth orbit and selected ground stations.

The LCT, which enables broadband communication between satellites, as well as the hybrid communication payload, which consists of a separate optical as well as RF subsystem for processing and transmitting the gathered data, was both the responsibility of TESAT. For the German space company it is already the 11th LCT to operate in orbit, empowering Tesat to look back on a long and successful heritage in space-based optical broadband communication. Further terminals operate on EDRS-C's sister satellite EDRS-A (launched in 2016), Alphasat (launched in 2013) and on several Sentinel satellites of the Copernicus Earth observation fleet.

Nina Backes
Communications, Exhibitions & Fairs
+49 7191 930 - 1126
This email address is being protected from spambots. You need JavaScript enabled to view it.