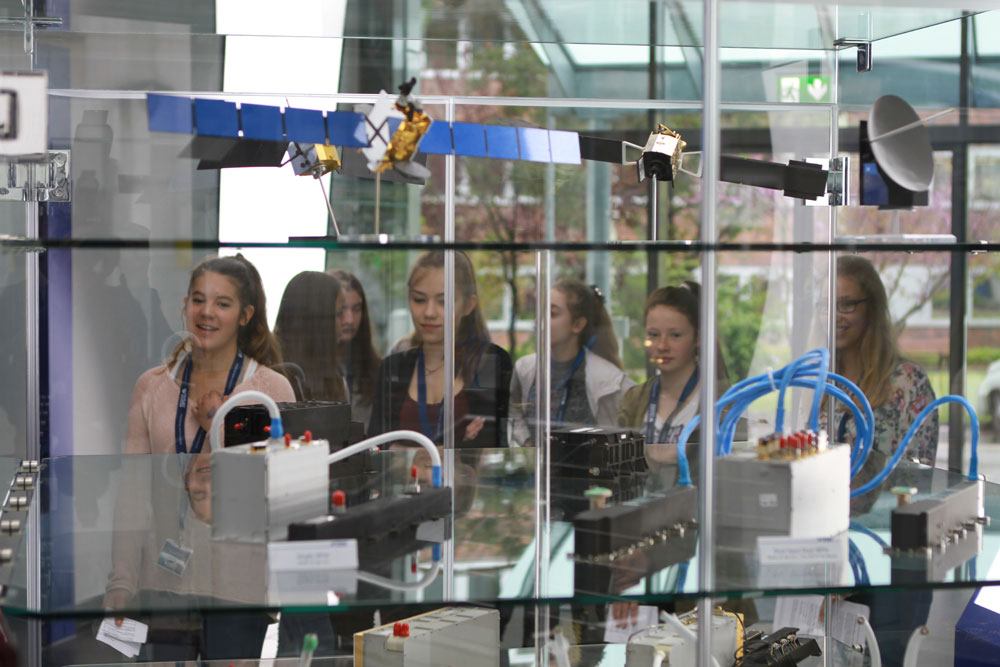 PI1280 – Backnang, 27.04.2017: At 9:30 am, the curious young girls dived, or rather "were lifted", into the world of Tesat-Spacecom - taget destination: Outer Space. An introduction to the product world around and from Tesat by Petra Schumacher, Head of Strategic Management, deepened the understanding of the benefits of space technology. Furthermore she explained to the girls, which value the work from Tesat has for the environment, the nature and the whole world. Shortly thereafter a film presentation and a lecture followed, which took the girls by the hand and drew the big picture.

In the middle of the day, it was enough with the theory: with exciting space experiments supervised and guided by the trainees of Tesat-Spacecom, space travel was experienced live and up close. For a tour through the innermost part of the company, the large group of girls were then divided into several small ones; Supervised by a competent Tesat employee from the respective area. Here, the production areas of the passive components and of the active products, how e.g. amplifiers or modulators are called in space industry, were visited.

At the end of the day the young girls then could ask everything they had in their minds or on their hearts and one could see, how important it was to the supervisors of Tesat to clear up and clarify, take the fear and to encourage them to stand up for their interests and what they want to become later on.