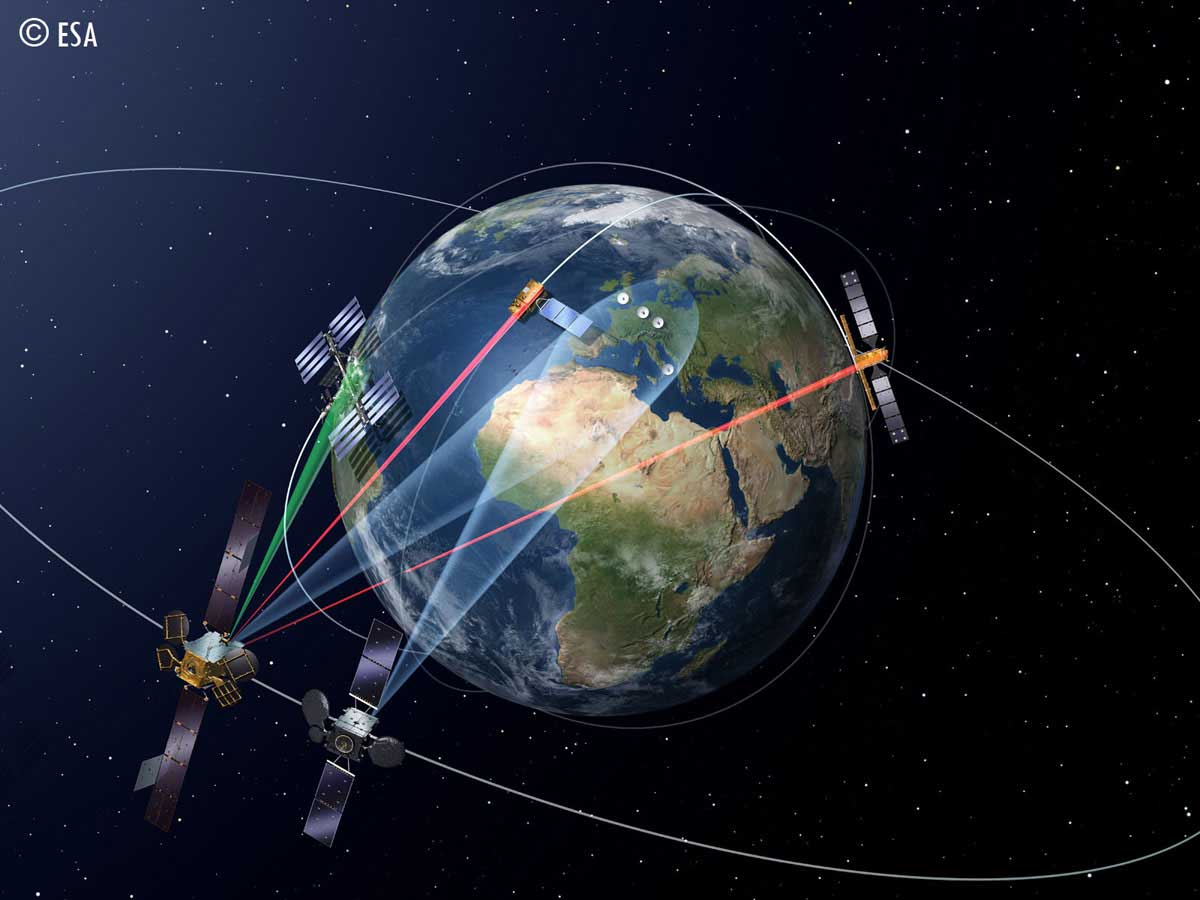 PI1277 – Backnang, 23.11.2016: Today's launch of the world's first commercial data relay service ’’SpaceDataHighway’’ introduces a new era of satellite communications. The program is based on a public-private partnership between the European Space Agency, ESA, and Airbus Defence and Space.

The ‘’Laser Communication Terminals’’ (LCTs) from Tesat-Spacecom, which sound like science fiction, are the key technology for this relay service. Installed on each of the now activated satellites, they are responsible for the fast data transmission rates of up to 1.8 gigabits per second. The ’’Sentinels’’ are used, among other things, in the coordination of relief measures in crisis areas, marine rescue and environmental protection.

The big difference is the laser technology developed by Tesat-Spacecom and supported by the German Aerospace Center (DLR) in direct comparison with today's common technologies. Earth observation satellites in low orbits have only short phases, in which they can transmit data to the ground station via radio data. Due to the higher-positioned, geostationary relay satellites of the ’’SpaceDataHighway’’ and the unique laser technology of the Swabian space company, this window for data transmission is considerably enlarged. That allows up to 40 terabytes of data per day to be transmitted in near real-time, where there have been delays of several hours. In cases of dramatic natural catastrophes, the reasons for this time advantage are obvious.