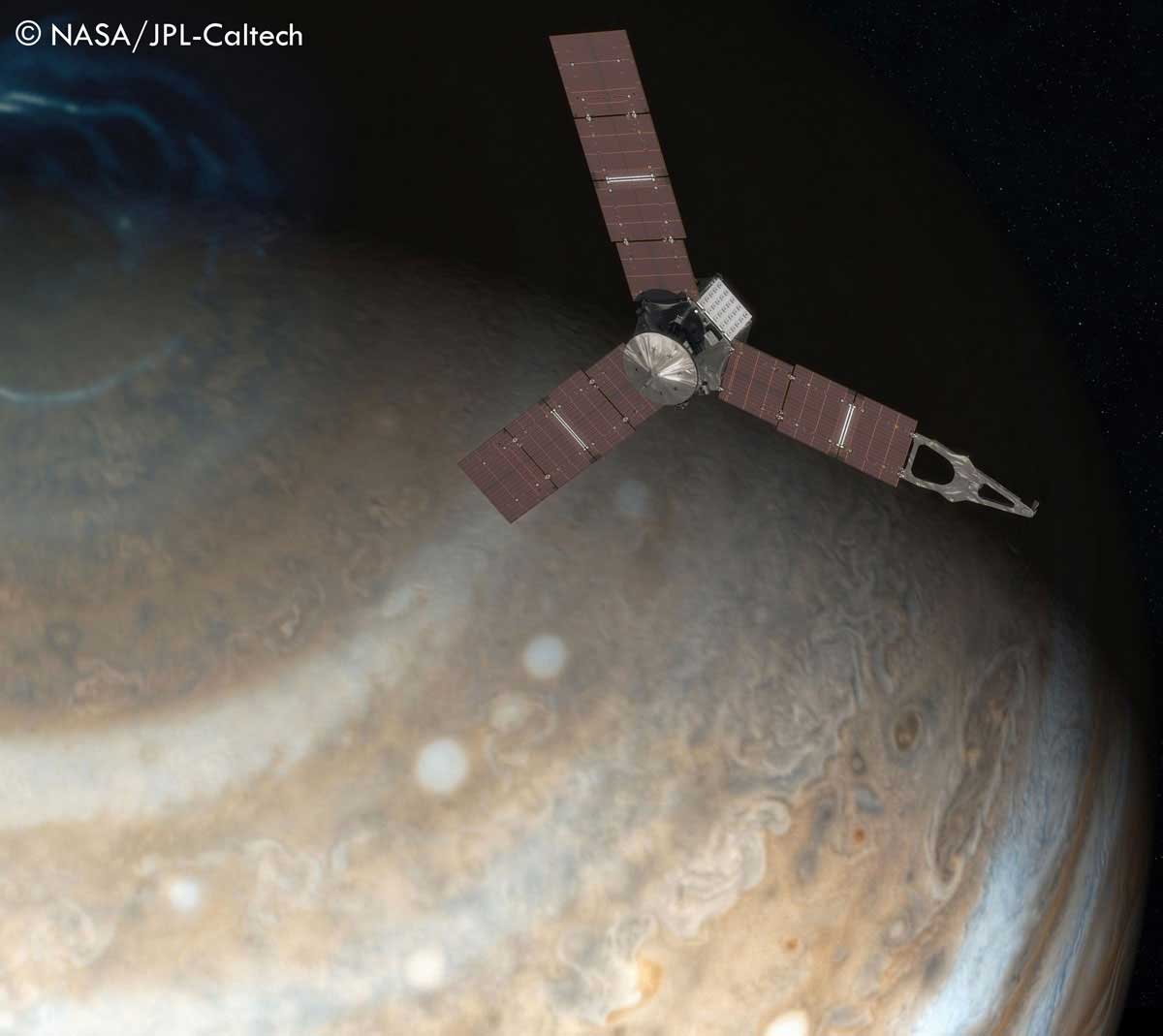 PI1276 – Backnang, 06.07.2016: After a distance of 2,800 million kilometers and a flight duration of nearly five years, spacecraft “Juno” finally reached its destination: the orbit of Jupiter. Its objective is it to explore the gas giant and gain new insights about the solar system and its emergence.

The amplifiers of Tesat-Spacecom from Backnang near Stuttgart have contributed to the success. Already in fall 2009 it delivered the amplifier units, which are necessary to transfer data over a distance of over 780 million kilometers. Without these it would not have been possible to receive any usable data from “Juno” on Earth, due to the signal scatters, which occurs over such great distances.

Within the orbit of Jupiter the three HF power amplifiers are exposed to extreme influences. High radiation and an intense magnetic field make high demands to the durability of the elementary onboard electronics, which is covered by a box made of titanium plates weighing 200 kilograms. Despite the adverse conditions it can be assumed that a further success of the mission is not handicapped.