On 21st November, Sentinel-6 showed us a picture-perfect launch aboard a SpaceX Falcon 9 from US Air Force Base Vandenberg. Now, further positive messages can be shared: All in-orbit-tests, including the functionality of the X-Band downlink subsystem from TESAT as part of the Data Handling Transmission Payload (PDHT) were successful and went even smoother than in any previous simulation, as one of the responsible System Engineers states about the latest status.

By now, several instruments have been put into service, amongst them e.g. POSEIDON-4, the main instrument of Sentinel-6 Michael Freilich*, for the determination of ocean water levels. But in order to be able to carry out precise measurements it is not enough to just have a highly accurate distance measuring system, but all other systems on board have to work together and complement each other’s data, as e.g. an exact positioning with GNSS or measuring atmospheric disturbance variables as e.g. the density of aqueous vapor in the atmosphere.

Due to its high measurement resolution with an accuracy of up to 1 centimeter, Sentinel-6 will be the reference mission for all other comparable satellite missions.

Current and next steps for the next six months will be the further calibration of the measuring instruments by European and US-American scientist in this ESA-NASA-cooperation mission to support in the fight against climate change.

*Sentinel-6 is named after the American oceanographer Michael Freilich in honor of the former director of NASA's Earth science division. 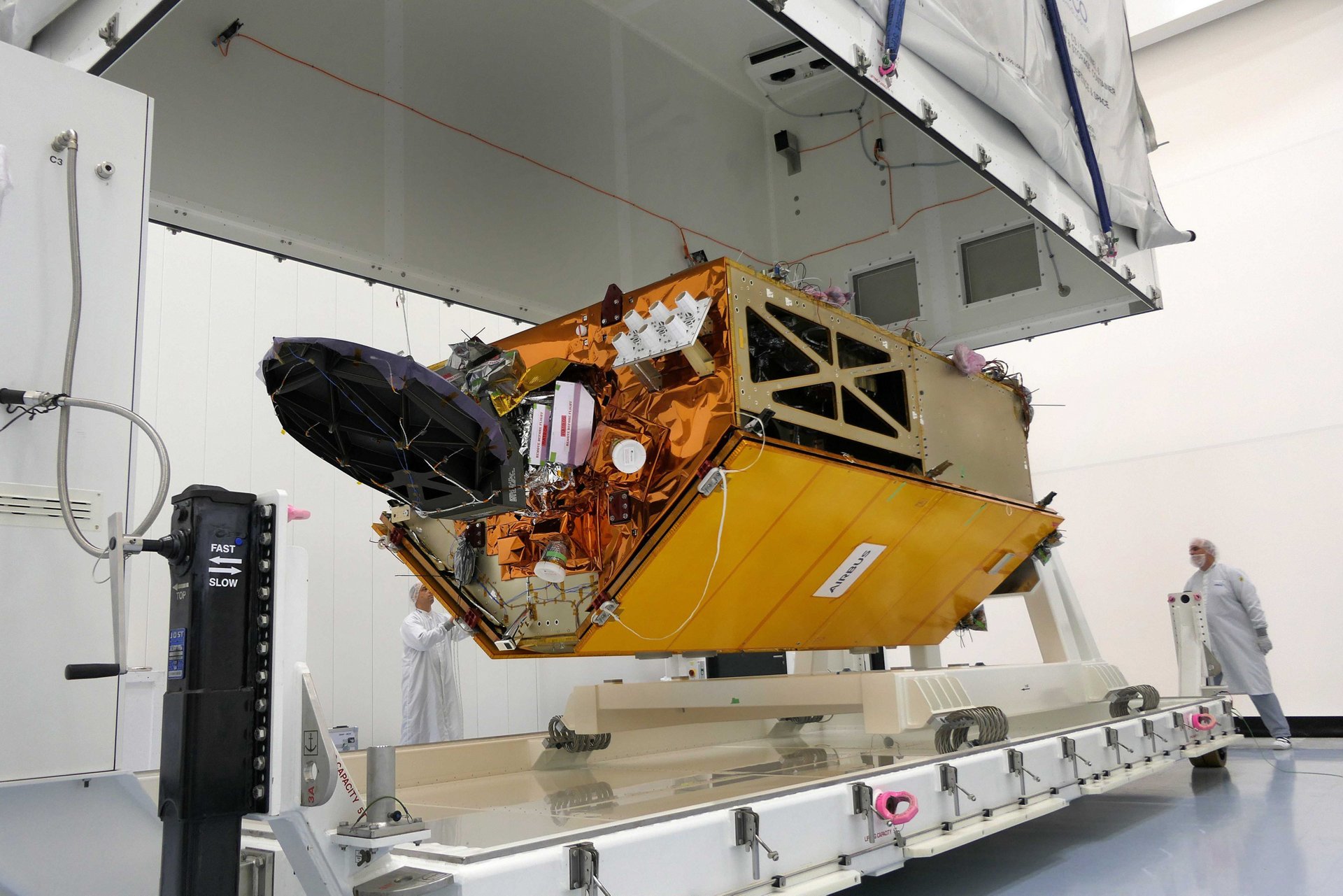