The physics laboratory in space 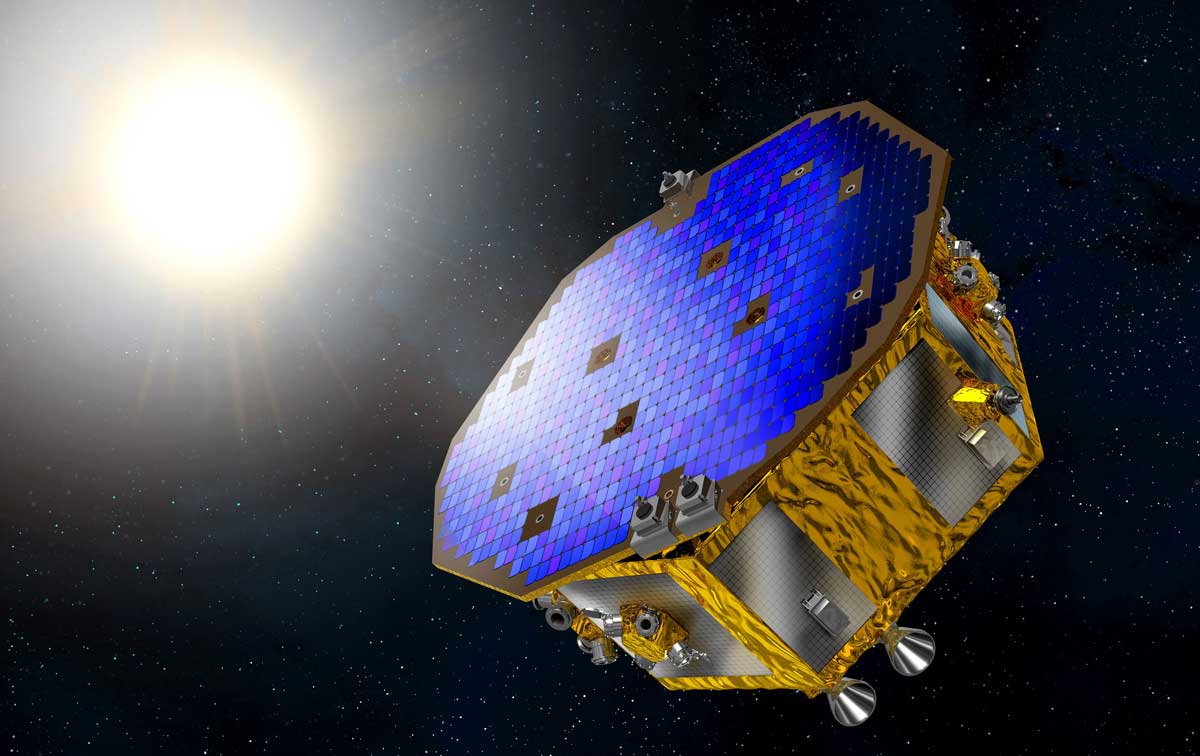 LISA Pathfinder, the technology demonstrator of the ESA for the detection of gravitational waves, is now ready for transport to the European spaceport in Kourou, French Guiana. From there it will start in November into space. The 1.9-ton spacecraft, for which Airbus Defence and Space is the prime contractor, will be launched aboard a European Vega rocket.

The LISA Pathfinder project is going to open up unknown observation possibilities for the gravitational universe where new measurement of gravitational waves in space required technologies are tested. These by Albert Einstein predicted waves represent distortions of spacetime curvature and are caused by massive celestial bodies. A better understanding of their tracks will bring scientists new insights about black holes, compact binary stars and other exotic celestial bodies.

LISA Pathfinder is carrying the 150 kg LISA Technology Package (LTP). It consists of a laser interferometer, which heart is a Reference Laser Unit by Tesat-Spacecom. The interferometer measures the changes in distance between two high-precision, each 1.96 kg heavy test masses from a gold-platinum alloy. Once the satellite has reached its orbit around 1.5 million kilometers from Earth the two test masses are unlocked via a mechanism and kept in suspension by means of accurately controllable, weak electrostatic field. In the research phase of the mission, the electrostatic field is then switched to one of the two test masses. The spacecraft follows the test mass, controlled by a high-precision attitude control system (Drag-Free Attitude Control System). Laser interferometer and electrostatic sensors measure the movement of the test mass in the spacecraft to ensure that these are not affected by interference. The interferometer now determines the relative position and orientation of about 40 centimeters apart masses with an accuracy of less than 0.01 nanometers, or less than one millionth of the diameter of a human hair.

LISA Pathfinder paves the way for a future large space observatory that will monitor and measure gravitational waves directly and accurately. These tiny distortions of spacetime require a very sensitive and highly precise measuring technology, their performance can only be tested in space, free from external interference.