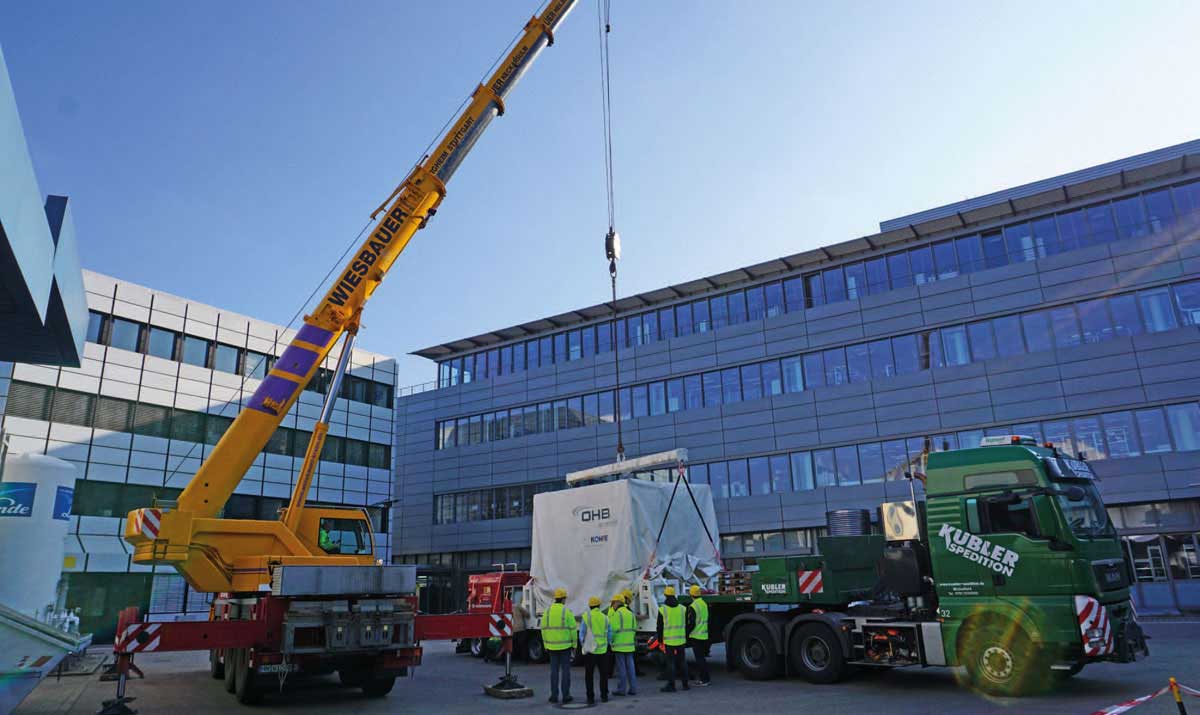 On 14th March 2016 the communication module (CM) of the EDRS-C payload was delivered to OHB. On the 16th March the incoming inspection in Bremen could also be completed successfully. Thereby two of the three components of the payload – CM and antenna – as also the testing system for the following satellite testing phase at OHB in Bremen respectively at IABG in Ottobrunn are ready. The last essential component for the function of the hybrid payload, the LCT, is in the final acceptance test phase at Tesat-Spacecom.

The EDRS-C hybrid payload (combined RF and laser-optical link) is, besides the in the end of January launched EDRS-A payload on Eutelsat 9B, the second node of the geo-stationary European Data Relay System (EDRS). While the EDRS-A payload passes through the in-orbit tesat phase, the AIT- (assembly integration and test) phase on satellite level for the EDRS-C shall start now. According to the current plans, the launch is set for 2017.

The European Data Relais System (EDRS) shall enable faster transmission of larger data volumens through laser link of a satellite in a low earth orbit (LEO) via a satellite relais station (EDRS satellite) in a geostationary orbit (GEO) which in turn sends the data via RF link to a ground station. Thereby the satellites are being operated by a public-private partnership between ESA and Airbus. Tesat delivers the both EDRS payloads to the satellite primes Airbus Defence and Space, Toulouse, (EDRS-A) and OHB (EDRS-C). The payload responsibility includes a broad spectrum of tasks, which require a smooth combination of all product, service and production areas:

The responsibility of Tesat does not end with the delivery of the payload but extends to the payload tests on satellite level as well as training courses for the operator and a 24/7 on-call in-orbit support during the first few years.

All Tesat devices (TWTAs, modulators, filters, switches and diplexer) for EDRS-C as well as the new developed DPU (digital procession unit – as data-intervace to the LCT), which was procured from Airbus UK, were already completed in April 2014. With the delivery of the CFI panel (customer furnished item) for the CM integration of OHB in the end of July 2015, the AIT phase started in Backnang. That the integration could be brought successfully to an end is not at last an achievement of the integration team of Tesat-Spacecom.

The following test phase, from November 2015 til end of February 2016, proceeded largely smooth and the performance of the delivered CM matches in its entirety the expectations of the customer.

The now beginning project phase will be marked of the integration of the satellite as well as the performance and environmental tests on satellite level.