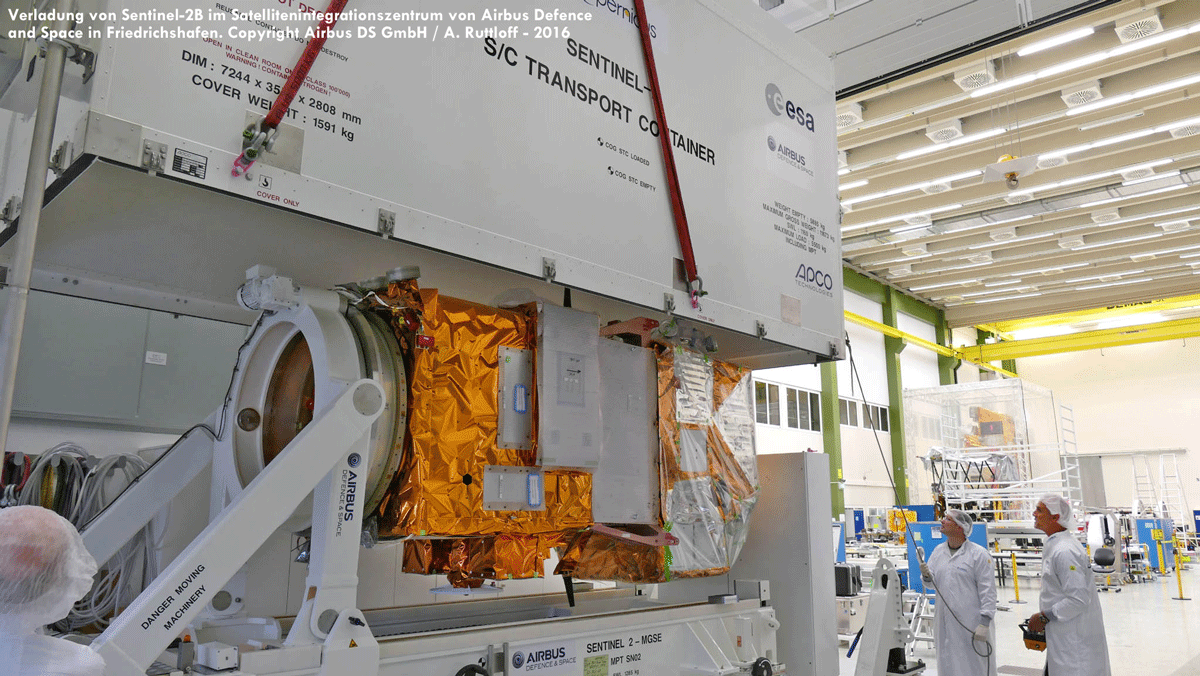 The optical observation satellite Sentinel-2B, which structurally identical twin-satellite Sentinel-2A has already been started on June 23, 2015, now comes into the hot phase. Yesterday the second "eye" of the European Earth monitoring program Copernicus was completed and is now ready for different space tests in the Research and Technology Centre (ESTEC) of ESA in Noordwijk.

The Sentinel-2 satellites, as part of the European Data Relay System (EDRS), have the opportunity and task to shoot optical images from the visible near infrared to shortwave infrared region and to send them - using the Laser Communication Terminal (LCT) from Tesat-Spacecom - between satellites and to ground. The satellites find use in the field of land use and spatial planning, soil sealing and forestry and agriculture. At the same time they can also be used for monitoring of natural disasters (floods, coastal erosion, landslides) and support thereby humanitarian aid on the ground.

The launch of the Sentinel-2B is scheduled for early 2017.