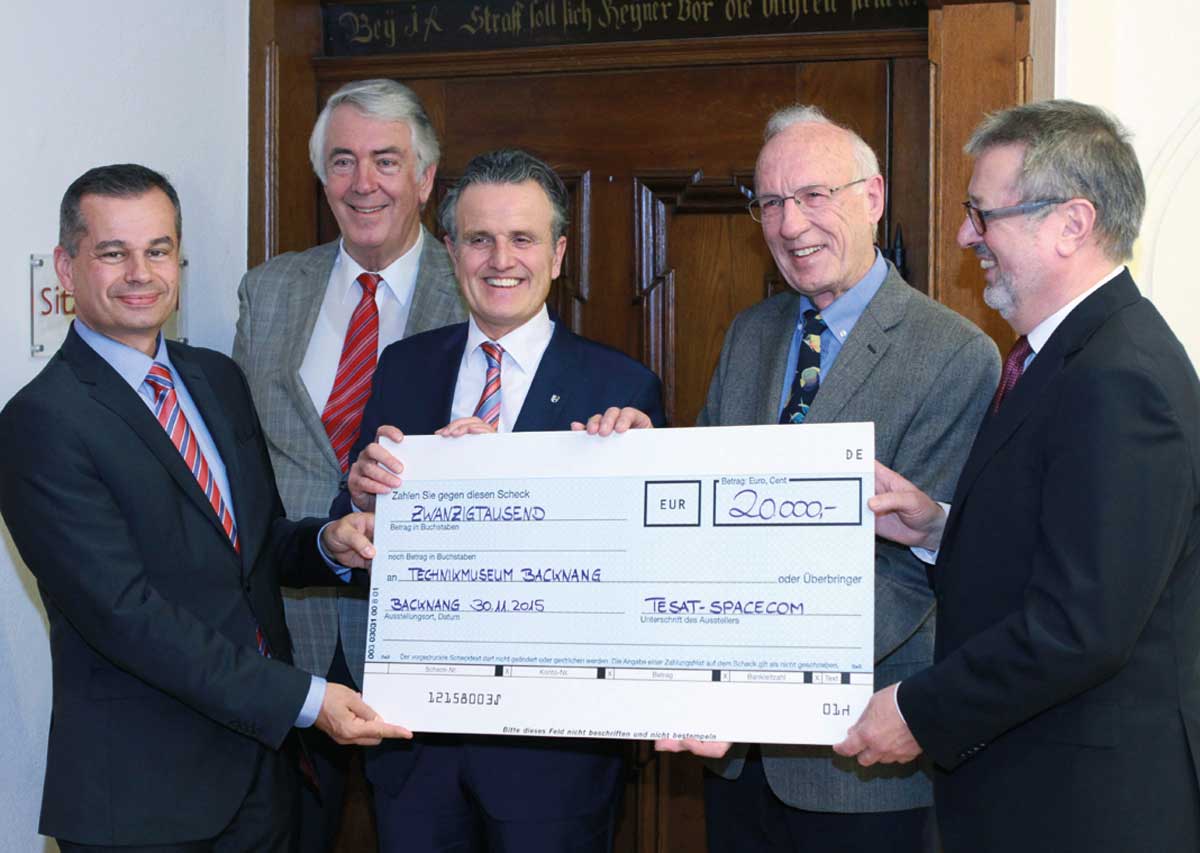 On November 30, 2015 Andreas Hammer was officially welcomed by mayor Dr. Frank Nopper in the historic city hall of Backnang and thus welcomed into the city of Backnang. Although the men already have met before in various occasions, the date was now called the first visit.

In this context they met in the „Europe Room“ and learned from mayor Dr. Frank Nopper a lot about the town hall and the city's history. Andreas Hammer has used this occasion accompanied by Günther Adam to present a check in the amount of € 20,000 - issued to the Friends of the Museum of Technology in Backnang. Andreas Hammer emphasized the social and cultural commitment that Tesat has as the largest employer in Backnang, pointing out that the technology museum shows the story of Tesat-Spacecom, too, and makes it accessible for future generations.