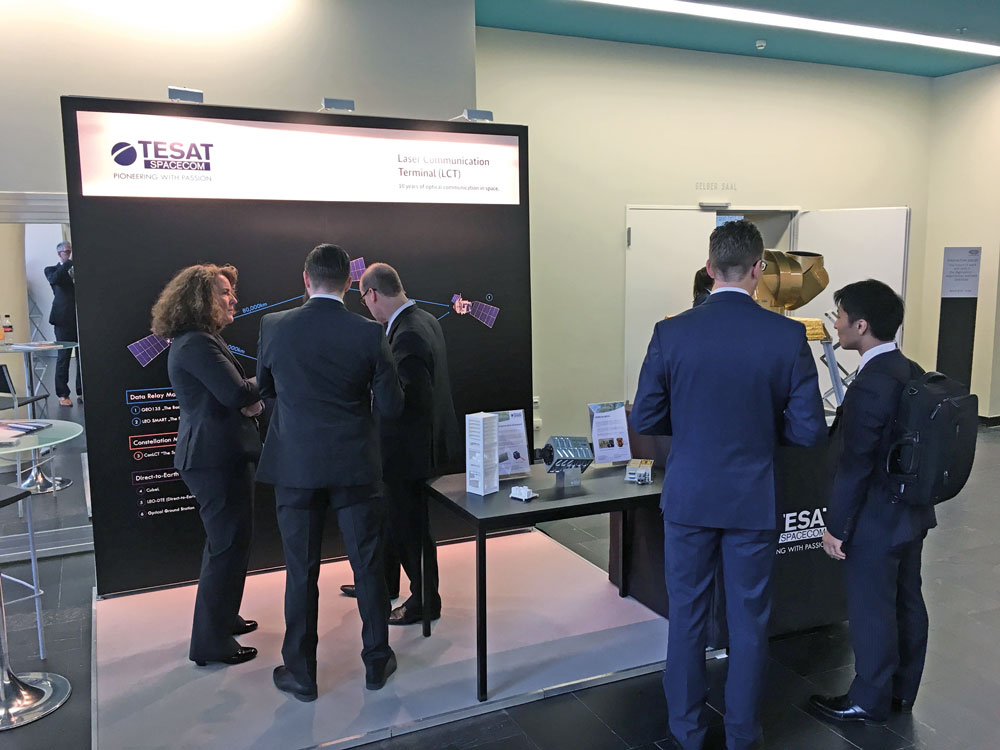 On 16th and 17th March 2017, the G20 conference "Digitizing Manufacturing - Initiatives, Best Practices and Policy Approaches" took place in Berlin. The conference at the Berlin Congress Center at Alexanderplatz was characterized by numerous lectures and panel discussions. The organizer of the event was the Federal Ministry of Economics and Energy.

After the opening by Matthias Machnig, State Secretary of the Federal Ministry, high-level discussions were held on future-oriented, global industrialization topics. Among them were representatives from Siemens, General Electric, the University of Technology Australia, the National Institute of Science and Technology Korea, Massachusetts, the Industry and Trade of the Russian Federation and many more. Huawei and Toshiba were represented on the panels as well as ESA, Inmarsat, the Fraunhofer Institute and the DLR. The keynote on the second day was held by Brigitte Zypries, Federal Minister of Economics and Coordinator for Aerospace.

The event was accompanied by an exhibition on two floors where, in addition to industry representatives from China, Japan, Italy, England and Spain, Germany also presented. Here also Tesat-Spacecom took its place with several Laser Communication Terminals. In addition to our tried and tested golden LCT exhibit, we also exhibited - in cooperation with the DLR - a mock-up of the OSIRIS 3rd generation, a flight model of the OSIRIS 2nd Generation and a 3D printing model of Cubesat.